Gabon’s reliance on oil is put to test, once again. The new crisis of Covid-19 and falling oil prices restate the need for change but leaves the country with no respite.

Gabon, a former French-colony, has a long history of producing oil, which was first spotted in 1931 in the vicinity of capital-city, Libreville. Following a series of discoveries made in the 1950s, including the Ozouri field discovery made by French oil company CFP (Today’s supermajor Total), and Shell’s Gamba discovery of 600 million barrels, Gabon experienced an oil boom that made it one of the wealthiest countries in the region. Soon, Gabon’s economy was fully revolving around oil. The trade of crude petroleum helped Gabon maintain a special relationship with France, a main export destination before the Chinese superpower took over as the main oil consumer. France, on the other hand, remains to this day the principle importer of goods to Gabon.

For the majority of its modern history, Gabon has comfortably relied on crude oil exports as its main stream of revenue; half of Gabon’s GDP is sourced from oil-based revenues. However, events in the past five years have signaled fundamental changes to the country’s future. Gabon can no longer depend upon its oil-economy. The oil price crisis of 2014 destabilized the country’s economic foundations. In 2015, Gabon recorded the first fiscal deficit since 1998, as exports declined at more than 10% annually. Gabon became a net receiver of loans from the World Bank after the country’s debt reached a five years’ high in 2019.

The drop in the global oil price following the U.S shale revolution, coupled with Gabon’s maturing fields and decreased production levels, brought Gabon’s oil industry to a turning point, which has materialized in different ways: First, the oil sector, no longer taken for granted, is being revitalized through ground-breaking regulatory changes, including a revamped oil code. Second, the new market conditions triggered a reshuffle and displacement in the holdings of the main players, some of which have been in the country for over 50 years. Third, the question of economic diversification became urgent. These changes manifest themselves in the economic, political and social fabric of the country. Gabon can no longer be easily described as oil-rich nor oil-dependent; investors, public officials and industry executives are all asking: “Is oil still the way forward for Gabon?”

Covid-19 and the beginning of a new crisis

Just as Gabon’s oil industry was recovering from the aftermaths of the 2014 oil price crash, another global crisis cast a thick shadow over the oil markets worldwide. The Covid-19 outbreak stalled manufacturing activity and air travel globally, potentially curbing oil demand by at least a quarter for 2020, analysts suggest. The International Energy Agency (IEA) announced that demand is likely to fall to the lowest rate in almost 10 years.

The crisis in demand has been unexpectedly mirrored by a crisis in supply, leading to a price meltdown. When demand plunges, OPEC’s predictable response has been to curb production to avoid over-supply, but this measure recently backfired. OPEC’s call upon its members and non-members to cut production by 1.5 million barrels a day (bopd) was met with resistance by Russia, an informal OPEC ally since 2016. Russia and OPEC’s largest member, Saudi Arabia, entered a price war which led to the biggest one-day oil price crash since the 1991 Gulf War. After pleas from Iraq, Venezuela, Mexico and the United States, Saudi Arabia and Russia reached a historic deal that will see the OPEC+ alliance making the greatest production cuts ever agreed on: 9.7 million barrels a day in May and June, the equivalent of 10% of world supply.

Gabon is OPEC’s smallest member, having re-joined the cartel in 2016 after a breaking away from its membership in 1994. By re-joining, Gabon sought closer international cooperation and protection in the volatile environment. Although currently contributing less than 1% of total global output of oil, Gabon fully bears the consequences of global events. Scheduled to close its national tender for 12 conventional and 23 deep offshore blocks at the end of April 2020, the auction, known as the “12th Licencing Round”, risks being postponed.

The past five years have demanded that the country must reinvent itself amid plummeting oil prices. Gabon is pondering what potential still lies in its oil resources and how the country can gain the spotlight in front of international investors. Mature fields, outdated equipment and a rigid oil code are legacies of the old Gabonese industry. The country has been grappling with its internal barriers to business, together with political uncertainty, a dearth of investment and a lack of recent discoveries. Between looking deeper offshore and looking into other economic sectors, the industry has found no shortcuts. The new crisis of Covid-19 restates the need for change but leaves the country no respite before being put to the test once again.

Gabon’s economic and political life has been markedly influenced by its oil reliance. Gabon is known as a stable country which had a lucky break through its discovery of oil. The beautiful promenades along the shorelines in the capital city are testament to Gabon’s good fortune. Gabon is an upper-middle-income country, whose annual GDP per capita often exceeded US$10,000, an unusually high figure for the area. The revenues coming from oil, in rapport to a population of just over two million inhabitants, are responsible for this, but these riches were never diluted down throughout the population. The level of urbanization could also be mistaken for a sign of prosperity, obscuring the sharp divide between the urban and rural population, amongst which poverty prevails. According to the IMF, a third of the country’s citizens live below the poverty line.

Decades-long reliance on oil came at the cost of other economic sectors, resulting in the secondary and tertiary sectors being underdeveloped. Besides the more marginal contributions of timber, uranium, and manganese, oil represents 80% of all exports from Gabon. Almost everything else is imported. Gabon has operated as a rentier economy, focused on the direct exploitation and export of raw commodities with no local value adding transformation. Wood exports followed the same path, before the ban of raw logs exports in 2010 forced the country to create a local processing capacity. Manganese company Comilog, which operates in the city of Moanda, doubled its local processing of the ore as a result of the policy push. However, oil exploitation was more leniently regulated, not requiring investment to further integrate the industry.

Oil reliance also came at the detriment of agriculture. Besides its reputation as the fifth largest African oil producer, Gabon is also contrastingly reputed for its unspoiled nature, which inspired the nickname of “the last Eden”. Gabon’s virgin forests, covering more than 85% of the country, represent an important share of the Congo Basin, the largest tropical forest after the Amazon. Gabon is an unlikely mixture of fossil fuels richness and untapped natural bounty. While it chose to exploit the former, Gabon has not taken advantage of its promising climate and fertile lands. Oil production afforded the country the luxury to import 80% of all its foods, turning Libreville, the capital, into one of the most expensive cities in Africa.

Less than 200 km south of Libreville, but reachable only by plane or ferry, lies the oil-capital of the country, Port-Gentil. The road that would unite the country’s two most populous cities has been in the pipeline for many years, like other infrastructure projects that are yet to see the finish line. “The plentiful years of the oil boom did not result in infrastructure development, as foreign oil producers and the government alike adopted a strictly extractive business model that did not seek to strengthen logistics networks,” said Theophile Mboumba, managing director of maintenance service provider Sigma Offshore.

The oil boom did not translate into more jobs either, according to Sylvain Mayabi, general secretary of workers’ union Organisation Nationale des employés du Pétrol (ONEP): “The oil and gas industry has always been the biggest contributor to Gabon’s budget revenue, but without being the biggest employer in Gabon.”

With GDP growth reduced from a whopping 7.1% in 2010 to a meagre 1.2% in 2018, due largely to the depressed oil prices and dwindling production, the same chance to invest in development does not seem likely to return soon. Public debt doubled between 2014 to 2017. In 2019, the IMF agreed to disburse US$123.5 million as part of a three-year arrangement in support of macroeconomic stability.

Gabon’s political stability consists of the continual leadership of the Bongo family, which has presided over the country for more than 50 years. Omar Bongo, the former president, ruled the country for over four decades, until his son Ali Bongo took over when his father passed away in 2009. If observers may think the corridors of power have been occupied by the same names for too long, the industry’s worry is not the political overstay, but the possibility that the president could be challenged and the instability such a power void could cause.

Throughout the years, the country’s steady oil-derived incomes have left the political life unchecked; the tax-based democratic relationship between the government and the population was usurped by the direct oil incomes, while Gabon continued to fare poorly at collecting taxes. However, when the economy started to suffer following the fall in oil price of 2014, questions of legitimacy started to foment. The President’s authority was, for the first time, contested openly in the 2016 elections, when Ali Bongo won by a razor-thin margin of just 6,000 votes, amid political apathy and a voter turnout of 59%. Ali Bongo took 49.8% of the votes against his opponent Jean Ping, who secured 48.2%. These results were widely disputed, igniting protests in the country.

After his prolonged absence from office for health reasons, a movement to overthrow the ruler began in 2019. The coup was put down almost immediately, yet the President’s unknown whereabouts defined a vulnerable spot. Rumours of the President’s ill-health still have many questioning his fitness to rule. In a country where most generations have never known any rule but that of the Bongo’s, the anxiety is palpable. 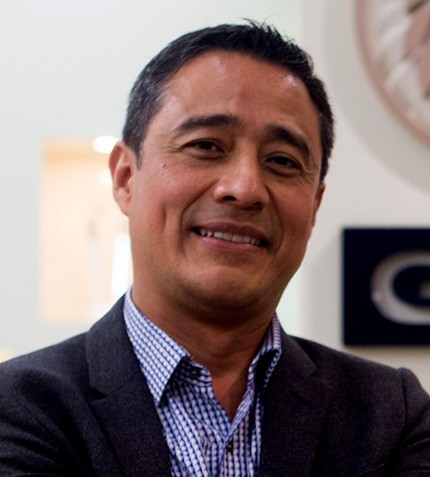