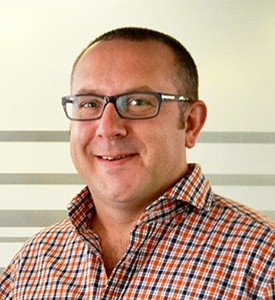 “We will broaden our service offering and implement further geographical diversification.”

STRACON is initiating a new phase under new shareholders. Could you walk us through the history of the company?

STRACON started in Peru in 2003, when we assumed a joint venture position with Graña y Montero (GyM) at El Brocal, where we initially undertook a project management role. Then, over a period of time we put together an agreement with GyM to undertake other projects together, including Shougang, La Zanja and La Arena, before consolidating these activities into a new company, STRACON GyM S.A. at the end of 2011. Since then, we operated as one company, with branches in other countries including Colombia, Panama and Mexico.

In 2017, as part of GyM’s divestment program, they decided that STRACON was one of the assets they wanted to sell. As a result, in April 2018, we closed a transaction to leave the GyM group. The company continues its activities, with the same leadership team, contracts, equipment fleet and safety culture, but now has different shareholders, with Ashmore Group and myself. GyM had an 87.5% participation in the company, with an equity value of approximately US$77 million.

Will the strategy of the company change under the new owners?

We will remain focused on our core business, which is contract mining and bulk earthworks in Latin America. However, with this transaction, we have an opportunity to reevaluate our strategy. We will broaden our service offering and implement further geographical diversification. As part of the GyM group, we had certain limitations in terms of the scope of work we could do, but now we have the freedom to diversify as we identify new opportunities. We will not do that in a shotgun approach, though; it will be a planned diversification strategy over a period of time, initially in mining, and potentially also in infrastructure. At First Quantum’s Cobre Panama project, for instance, we already provide a number of services outside of our core activities, including the construction of the transmission line, a tunnel and mechanical and piping installations for both the power station and the concentrator.

Who are your main mining clients right now?

We continue working at Cobre Panama for First Quantum; the project is still in the construction phase and we have nearly 3,000 people there working across various disciplines. We do the contract mining for Red Eagle in Colombia and, in Peru, we are currently at La Zanja and we have Tahoe’s two projects, Shahuindo and La Arena. We also continue to undertake construction work at Constancia for the tailings management facility and other site works. We have recently been awarded a contract for Quellaveco as part of the early works.

When do you think the underground component of your business will really kick off?

Currently, underground activity represents less than 10% of our business, so we continue to explore ways to increase that capability. With the continued focus on larger scale underground mines with improved safety standards and increased levels of mechanization, larger contractors will increasingly have opportunities to provide services, not just in Peru, but throughout the region.

How optimistic are you about the development of new mining projects in Peru?

We can feel that the vibe in the industry is definitely more positive than in the last couple of years, with new projects moving like Quellaveco, Mina Justa and the expansion of Toromocho, among others. Having said that, I think this year we will have similar sales as last year. In 2017 we beat our target by 20%, but it was still a slower year than 2016. We are seeing a recovery but we do not expect to see explosive growth during 2018.

What are the opportunities for STRACON to enter markets outside Latin America?

Some of our clients come from North America and have projects there, so we see an opportunity to provide services in that region in the future. It is obviously a very different market and one that we need to understand more about. Also, Africa is an interesting market that will continue to see a lot of mining development in the future.

Today, 45% of our business is conducted outside of Peru. The peak for us was 2014, when we had approximately US$460 million in sales, with an international component of just 15%. Now, we have an aggressive target of reaching those levels again by 2020, but that will require diversification, both geographically and in terms of our service offering. We will achieve this via joint ventures and potentially through mergers and acquisitions as well. One of the great things about having Ashmore as a shareholder now is the financial strength and their capacity to invest in the growth of our business.