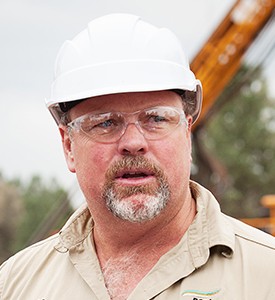 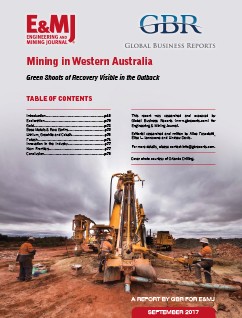 ASX gold producer St. Barbara recently invested A$3.3 million to gain a shareholding of approximately 9.5% in Peel Mining. How has this development shaped the company’s path for 2017?

St. Barbara has indicated an interest in growth over the near-term and, following a due diligence process, deemed that our projects had a synergy with their objectives. St Barbara has said that it will only partner with efficient, targeted companies that are doing a good job and getting most of their money in the ground rather than wasting it. The transaction appealed to us as it really strengthens our balance sheet, enabling Peel to complete a lot of exploration and hopefully pre-development activity in the Cobar region. Combined with the notion that the markets have turned and we are moving into a new upswing in metal prices, we are positioned very strongly. Apollo Hill in WA was originally meant to be our flagship project, but after determining that our Mallee Bull discovery was not an isolated occurrence, we poured our resources and focus into that region. As a result, we have picked up the largest greenfield exploration holding in the Cobar Superbasin and we believe are regarded as the preeminent greenfields explorer in NSW.

Peel Mining has largely funded recent activities in the Cobar Superbasin through a joint venture with the Japanese enterprise Japan Oil, Gas, and Metals National Corporation (JOGMEC). What is your strategy for optimizing your assets in this region?

For about 2/3 of our ground, we have committed to the JV with JOGMEC whereby they can spend US$7 million to earn up to a 50% interest. We believe that the whole terrain is highly prospective and we have taken the view that the whole area is under-explored. Systematically we have acquired new ground that fits with our objectives and we have an operating base in the area that gives us the capacity to cover the ground. Already we are seeing indications that there are new discoveries to be made, with the Wirlong copper discovery the latest string in our bow. Our strategy is about building multiple deposits in one jurisdiction - to have multiple assets to de-risk us as a company. If we have multiple assets across multiple commodities, it gives us flexibility and optionality in potential future developments, and the ultimate objective is to take us from exploration into mining.

Which commodities are the focus for Peel Mining’s projects, and to what extent have current market trends in the renewable energy space influenced which resources are of interest?

Our attention is on base and precious metals. The deposits in the Cobar Superbasin tend to be base metal rich, and the markets for these metals are very deep. There is a lot of focus on lithium, cobalt and the like with regards to the renewable energy space, but those markets are very small by comparison. Lead, zinc, and copper are consumed continuously, so even though there is a lot of recycling, the need for new supply is constant and significant. Renewable energy products need a lot more copper than those other elements, and commodities like zinc and lead will get carried along as well for battery storage potential. Electric cars use three times as much copper as a combustion engine car. We would much rather be positioned in those deep markets where there is a lot more scope for a small company to be successful.

What strategy did Peel Mining use to survive the most recent downturn in the market?

Peel has always run on a very lean basis, so we didn’t really need to change the way we did things when things turned down. We also took the view that markets are cyclical and they will bounce back. It is how you view that downtime as to whether the glass is half empty or half full. We always take the glass half full approach, and viewed the downturn as a great opportunity to consolidate our land position in the district for when the upturn eventually returned. Several majors in the area basically took the half empty view and left because, although they had good assets, they did not have an exploration focus. By their standards, those prospects were sub-economic for the scale of their companies anyway.

You have operations in both NSW and Western Australia, which have very different regulatory frameworks and attitudes towards mining. What has been your experience operating in the Cobar Superbasin?

The geology, access to a skilled workforce and infrastructure are all excellent in NSW. However, there is no question that NSW is tough in a regulatory and bureaucratic sense compared to WA. The biggest issue we see is that the Government does not seem willing to espouse the benefits of mining to the state, which makes the mining industry an easy target, particularly because there is so much coal mining in NSW, and coal is a bad word. According to the Fraser Institute, NSW is now viewed as line ball with Papua New Guinea and the Philippines in terms of exploration attractiveness, which is a really poor position for the State to be in when you look at the potential of the rocks. The glass half full approach of course is that, by being less attractive, the State is reducing our competition, so I really I should be thankful.