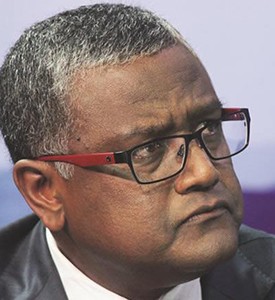 "We have set an example for other African countries on how to strike a balance between nationalistic development objectives and the attraction of foreign investment. For a company to go deep offshore and spend billions of dollars, you need to create a friendly environment."

Could you provide some background information about ENH?

ENH is the state-owned enterprise that represents the government’s commercial interests in the oil and gas sector. Whenever there is a bidding process, ENH has a stake of between 10% and 25% or 30% depending on the negotiations. We also have the mandate to act along the value chain, and also to be the aggregators for domestic gas and all hydrocarbons produced in Mozambique.

How are the upcoming gas developments going to change Mozambique’s economy?

The country is going to receive more than US$50 billion in just one sector. This is going to transform the country’s fate, because it entails huge revenues for the State. The massive inflow of foreign reserves will increase the financial strength and clout of the government to implement its socioeconomic program. Of course, this comes with huge expectations on how the bounty will impact Mozambique’s population, including the links to small and medium sized enterprises and the local labor force. The Mozambican economy is quite well diversified, and it is the intention of the government to use these resources to strengthen other sectors, such as agriculture, tourism, and transportation, Mozambique being the gateway for land-locked countries like Malawi, Tanzania and Zimbabwe.

With these resources, Mozambique will be in a very good position not only to supply the premium LNG markets such as Japan, South Korea and China, but also to be a key player in Southern Africa. While countries like Angola and Tanzania are seeing good developments, Mozambique has a fast-mover advantage in oil and gas. Fossil energy sources may be short-lived with the development of renewable energies, but oil and gas is still expected to play a crucial role in the forthcoming 40 years. So, our expectation is that the current developments will position Mozambique vis-à-vis its neighbours in the region and the islands in the Indian Ocean, like Madagascar, Mauritius, Reunion and others, and will also play a leading role in the catering of services like bunkering for ships that are shifting to LNG as a cleaning fuel.

Has the Anadarko sale changed anything in the development and calendar of Area 1?

The agreement signed makes it clear that whoever farms in or takes over Area 1 needs to respect the commitments already made. Nothing is going to delay the project, all approved expenditures and calendar will be followed as previously planned, so financial closure will happen next year. Having Total coming in is a good sign for us, as it is a larger company with a better risk profile than Anadarko, and has a very good track record. It is clear that Mozambique has been able to attract the world’s largest companies to invest and operate in the country.

What’s the status of the other huge investment in Area 4?

Our expectation is for a light final investment decision (FID) in October, and then a full-fledged FID by April 2020 by ExxonMobil, that is the midstream operator, to build two large-scale trains with a capacity of 15.2 million tonnes per year (mt/y). The project is running very fast towards financial closing. This way, Mozambique will become a huge LNG exporter in the forthcoming decade, with a landmark production of around 30 million mt/y: 3.3 milllion mt/y from the floating energy platform approved in 2017, 12.6 million mt/y from Total, and 15.2 million mt/y from ExxonMobil.

How does ENH’s recent joint venture with Vitol fit into these developments?

The joint venture, called ENH Energy Trading, is strategic for ENH because we are in upstream and midstream, but we also have to connect the dots along the value chain. The deal comes at a very timely moment to fulfill the objectives of ENH at the global stage. Vitol is a big independent trader based in Singapore, which is a well-located hub to interact with buyers and sellers, and has an excellent track-record liaising with other national oil companies. Besides, it has a big footprint in Africa. Through technology transfer, ENH will be able to develop this segment in a standalone basis. All these concessions are on a BOT basis (build, operate and transfer) so at some point ENH will take over these assets: we need to be prepared to develop our business in trading. Of course, there will be Chinese walls between the upstream and the trading company for good governance and transparency.

What are the prospects for Mozambique and the wider oil and gas industry in Africa?

We have set an example for other African countries on how to strike a balance between nationalistic development objectives and the attraction of foreign investment. For a company to go deep offshore and spend billions of dollars, you need to create a friendly environment. Some countries have pushed local content too much and delayed negotiations with IOCs, and have lost their opportunity as a result. At the end of the day, there are many ways to increase revenues, either through the standard income tax or through tools such as royalties and profit-sharing programs. Africa is not the only region supplying oil and gas to the world: Qatar is growing, there is also the U.S., Myanmar, Russia, Australia, etc. There are huge competitors in the marketplace, so the time to market is extremely important.

Besides, we have also seen other African countries where these resources have been discovered, developed and monetized, and yet these countries still have an impoverished population. My take on that is that the government of Mozambique needs a strategy to diversify the economy, maximizing the capabilities of SMEs so they are part of the value chain. This may not happen overnight, because the requirements of the oil and gas sector are really hard to meet in terms of certifications and technology, but that is the vision.