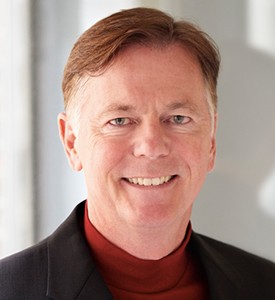 Could you give us a brief introduction to Paratek Pharmaceuticals?

Michael Bigham (MB): The company was founded in 1996 in Boston by Dr. Walter Gilbert, a Nobel prize winner in Chemistry, and Dr. Stuart Levy from Tufts University. The company was formed to address the challenge of growing bacterial resistance against established antibiotics, a reality further aggravated by the rapid decline of investment in new antibiotics within the broader pharmaceutical industry at that time. Historically, antibiotic work was being conducted by large pharma companies but in the late 1980's and early 1990's the industry began to redirect their efforts on new areas such as immunology-oncology. These trends were therefore creating a growing opportunity for the development of new classes of antibiotics.

Evan Loh (EL): They decided to mainly focus on tetracycline, which had a proven safety profile but was declining in efficacy as the resistance of the bacteria steadily grew. They created a class of modern tetracyclines that preserved the modern safety profile but re-established their efficacy against stronger bacteria strains. A second compound was also developed, for which we have retained worldwide rights - it is a broad-spectrum modern tetracycline which is available in IV form and a once-daily oral form. That in itself is a very significant achievement. Paratek advanced that drug and, over the past two years, we completed three Phase 3 studies; one in pneumonia and two in skin. All three of those trials proved to be successful with really significant efficacy. We are in the process of getting FDA approval of that drug, which is called Omadacycline.

Just how under-addressed is the infectious disease market?

MB: The need for new antibiotics to address resistant bacteria is well accepted. Antibiotics clearly save lives. However, the field of antibiotics generally seems to be surprisingly out of favour relative to other areas of unmet need for now. Importantly, bacteria never stop evolving and, while generic antibiotics work well within a broad class of infections, ever-growing resistance is becoming a an increasingly serious life-threatening problem. Our lead compound is omadacycline; it is a "modern" broad spectrum tetracycline designed to serve as an empiric treatment that offers the potential to treat patients quickly before an infection becomes life-threatening. The overall addressable market for such a drug is estimated to be $5 billion to $6 billion within the addressable skin and the pneumonia markets alone. Omadacycline has been developed in both an IV and a once-daily oral formulation. With the oral form, the drug has the potential to be used in the "community" space with represents a significantly larger market opportunity.

Since there have been few new antibiotics to address resistance, doctors have relied heavily upon the use of existing generics, which results in growing bacterial resistance over time. The lack of an efficacious once-daily oral option has meant that patients must often be treated in the hospital setting and stay longer to complete treatment. It is well known that the hospital setting is not only expensive, but also puts patients at risk of exposure to even stronger bacteria strains. By offering an oral option, patients can go home sooner, what we call our "Go Home" strategy, or avoid hospitalization completely which we refer to our "Stay Home" strategy. These two strategies are designed to both treat patients effectively and minimize hospitalization.

What is Paratek's product launch strategy and plan for the pipeline?

EL: We are undertaking a tremendous amount of work to get ready for the launch within the first quarter of 2019. Because of the terrible flu season this year, there has been an even bigger push for us to bring our drugs to market even sooner. We are hoping to make the product available for next flu season. We will be spending the bulk of our efforts over the next couple of years on getting onto hospital formulary lists. By getting into the big hub and centralized hospitals, since they are part of integrated delivery networks or IDN's, we will then be able to further reach out to the smaller more local hospitals.

For the first two years, we will establish the drug's reputation in hospitals with our "go home" strategy. There is then the potential for collaboration with another pharma company in moving into the local community setting. Outside of the United States, partnerships are very important to us. We have a partnership in place with Zai Lab for the greater China region and we are in discussion with other groups in other regions.

What is the longer-term vision for Paratek?

MB: We are making a significant investment in our commercialization infrastructure. Over the course of time, our goal is to add other drugs to our pipeline to leverage our expertise in the antibiotics space as well as to leverage our commercial and clinical development infrastructure. We are currently developing omadacycline to treat urinary tract infections ("UTI"). The UTI market is a significant and growing unmet need area. Currently available oral treatments for UTI are losing efficacy due to growing bacterial resistance, resulting in patients often requiring hospitalization. We are pursuing two Phase II studies to evaluate the potential for omadacycline to treat UTI. Our goal is to launch omadacycline in the first quarter of 2019 for the treatment of community-acquired skin and pneumonia infections. The potential future approval of omadacycline for the treatment of UTI would represent a significant expansion of the overall market opportunity.