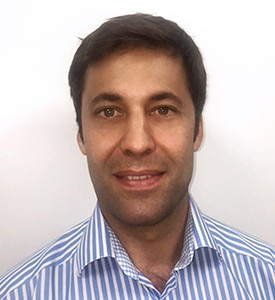 "We began trading industrial chemicals, sourcing worldwide and offering logistics and financing to clients in Central and Latin America. By 2017, we added a human nutrition business unit, as well as a micro nutrition and special fertilizers unit under which we export from Brazil to Southeast Asia as well as crops in northern Latin America."

What led to the creation of Anastacio Overseas and where does it typically import chemicals from?

Anastacio Overseas was founded in November 2014 by Mr. Jan Felix Krueder, who is as well 100% shareholder of Química Anastacio, the second largest distributor in Brazil with more than 77 years in the market. The idea was to serve multinational companies in smaller countries in Central America and Latin America more broadly, such as Unilever, Avon, Procter & Gamble etc. The business changed in March 2016 when Anastacio Overseas hired myself as general manager, along with other executives, as we began trading industrial chemicals, sourcing worldwide and offering logistics and financing to clients in Central and Latin America. By 2017, we added a human nutrition business unit, as well as a micro nutrition and special fertilizers unit under which we export from Brazil to Southeast Asia as well as crops in northern Latin America.

At the beginning, we focused on importing from South Korea, China, India and Malaysia. Last year we started importing from the United States and Europe. Química Anastacio already has a huge number of approved suppliers all around the world, which have been available for Brazilian customers. Now we can offer our customers the whole package: those who are interested in local stocks and full service, including releasing in port, warehousing and local invoicing, prefer to be served by Química Anastácio. Customers who want to do their own import process and use their own tax benefits, but are interested in financing and international logistics with our same high-quality service, can go for Anastacio Overseas.

Where is Anastacio Overseas seeing most demand for its services geographically?

From 2013 to the end of 2015, Brazil was the main driver for Latin America. Previously Brazil represented 65% to 70% of our turnover, now it is 15% to 20%. Countries like Paraguay, Ecuador, Colombia and, since the beginning of 2018, Argentina are becoming more important and we are now less dependent on Brazil. All countries however have a demand for chemicals, both related to human nutrition and fertilizers. Regarding Brazil, during Q4 2017 demand picked up but there have been some hiccups again due to the political situation and everyone is looking to the presidential elections at the end of 2018. Brazil will likely stabilize this year but growth will only return after the elections.

How do you see the opportunity in Mexico and how will the dramatic increase in production in the United States affect Mexico and Latin America?

Mexico’s chemical industry has been a cross-border business with the United States. If President Trump follows through, Mexico may become less dependent on the United States and find other suppliers. Therefore, we are considering expanding into Mexico as well because it is focusing more on imports from Europe and Asia, which will help us as a trading company.

The main effect of increased US production will be on its neighbors but everything will depend on the political situation there. If the government increases import duties on the steel or automotive industries in Asia or Europe, then those regions may increase tariffs on ethylene or other petrochemical products. Everything depends on what President Trump decides. Economic warfare between the United States, Asia and the EU will not help anyone.

How will the negotiations between Mercosur and the European Union affect Anastacio Overseas?

As part of the free trade agreement there will likely be less import taxes on chemical products from the EU, which will affect trading. In Brazil there is a maritime service charge tax of 25% on ocean freight; so, if this is removed it will make European products more competitive and will open new clients to Anastacio Overseas. This tax is linked to the general import tax so this will likely also be reduced or cancelled.

What challenges does Anastacio Overseas face to conducting trading activities in Latin America?

Trading plays a key role in Latin America compared to other markets. Financial tools are key to trade in our region and reducing the credit and default risk is a very important challenge, if not the most. Although finding sources of products and demand for them is not so difficult nowadays, the fine tuning with the suppliers is also a challenge. Capturing big petrochemicals producers interest in developing and (especially) in maintaining regular sales to Latin America is not an easy task. Transparency, professionalism and reliability are the key tools we possess to achieve this goal. Finally, transforming the increasing amount of information available and all our expertise into valuable knowledge for the decision-making process of our clients, and better netbacks for our suppliers has been our biggest challenge since we started, and is the key to our future growth.

What are Anastacio Overseas’ key differentiators and what milestones does it hope to achieve going forward?

Our main differentiators are our logistics solutions, financing, personal relations and networks in each of our markets built over the last fifteen years. We have locals in each country who understand the local business culture. The trading business is still based on personal relationships and trust built over many years, so this is important, especially because Latin American culture is very different to Europe or the United States. We would like stable and regular business in Central (including Mexico) and South America and to find new brands we can represent in these markets. We want a few big names in our portfolio and to do the marketing for them.

What is your view on how the distribution market in Latin America will change given the moves of large public companies in recent years?

The distribution market has been going through a process of increasing concentration, leveraged by the management practices, negotiation power and expertise with regulatory affairs of the big players, who have been gaining market share both directly and via M&As. However, there is also space for privately-held distribution houses, financially strong as the big public ones, but with a more agile decision-making process.

As a family owned company, we have proven we are able to add significant value to both clients and suppliers, by offering dedicated service and reliability to the former, and full transparency and dedication to the latter. Focusing on these key characteristics – together with our long-term vision, purchase power and financial strength – can ensure the continuity of regional privately-owned distributors like Química Anastacio.