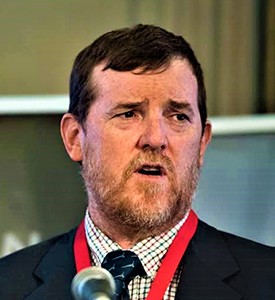 "Arcadia will be one of the largest and most economical lithium mines in the world, which will also generate a positive impact on the people of Zimbabwe and the Zimbabwean economy." 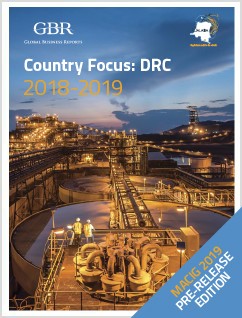 Your flagship project is the Arcadia Lithium mine. Where are you in the production process?

Prospect resource’s flagship project is the Arcadia lithium mine, which is located 35 km outside Harare. The resource is some 72 mt of which 26 mt is in the reserve category. It is a standard processing plant, with crushing, DMS, flotation, spirals, drying and bagging. Currently, the plan is to produce 240 000 mt/y of petalite and spodumene concentrates per year and at the moment the cut is about 50-50 between the two minerals. We have already pre-sold 70% of phase one with our founding offtake partner and shareholder, Sinomine Group, which translates into a 1.2 mt feed. The company is also in negotiations with potential offtake partners on the balance of that production and to possibly increase our annual production to 2.4mt/y.

The electric car industry has entailed a new standard for lithium purity. Which are the main commercial lithium minerals used today?

There are two main commercial lithium minerals; spodumene, which contains approx. 5.5 to 6% lithium normally; and petalite which contains 4.0-4.2% lithium. Prospect Resources are currently very successfully producing  more that 99.5% lithium Carbonate at a custom made pilot plant in Zimbabwe from petalite concentrates from the Arcadia mine.

There has been plenty of speculation regarding the lifespan of lithium demand. What is your prediction for the upcoming years?

The predictions for future demand for lithium minerals vary but almost all of them point to strong growth; for example, the Australian Government predicts the demand in the next eight years to increase from the current 144 000 mt of lithium carbonate equivalent to in excess of 1 million mt of lithium carbonate equivalent. We are seeing strong interest in additional offtake discussions from our foreign customers. We have no reason to doubt these predictions particularly if the major car manufacturers stick to their pledge to convert to predominantly electric fleets in the years to come.

Lithium is found large-scale in several other developing regions worldwide including South America and West Africa. What are the potential advantages of your project?

Our Arcadia project has several distinct advantages. We are 35 km’s from the capital city with good infrastructure, roads, water, power and housing. As a Zimbabwean focused African mining company listed on the ASX we know and understand the jurisdiction we are operating in. We have a highly skilled and motivated local workforce. We are 460 km away from a fully operational port on a recently re-paved asphalt highway with multiple trucking solutions available immediately. The project is shovel ready with all permits in place. Our concentrates produce 99.5-99.6% pure lithium carbonate with almost no impurities and we are confident in our capacity to reach 99.9% purity of lithium carbonate and technical grade lithium hydroxide, if the future market demands it. The tailing dam site has been cleared of vegetation and the mining contractors  camp will be finished in the upcoming months. We already have national project status and will almost certainly receive special economic zone status in the upcoming weeks. This means that we have preferential trade concessions allowing us to control our foreign currency flows, dividend flows and receive tax concessions. It is a significant project for the country, and the government has been giving its support for that very reason.

What is your vision for the company in the upcoming years?

Zimbabwe and Southern Africa possess an array of different minerals but there has been insufficient political stability to allow for wide-scale exploration over the last 50 years; either we have been at war, been weighed down by sanctions or suffered from hyperinflation. The company is at a significant milestone, as it will be releasing its Definitive Feasibility Study before the end of the calendar year for our Arcadia lithium project. Arcadia will be one of the largest and most economical lithium mines in the world, which will also generate a positive impact on the people of Zimbabwe and the Zimbabwean economy.

When we began this journey, we were told about the difficulties of producing lithium carbonate from petalite concentrate. Yet, we built the pilot plant within schedule, under budget and entirely with Zimbabwean skills. The project will mean a significant injection of foreign currency into the economy and continue to create jobs. Currently, we are working on the PFS for the lithium hydroxide plant, which has the potential to drastically increase our revenue and contribution to the national economy. We see this as the 1st of many major mining projects for our company as we grow into a significant regional miner. Once Prospect has its Arcadia mine in operation, the company has a number of strategic exploration tenements and opportunities within its supply chain to continue to generate long term value for shareholders but also indeed to the communities we operate in.