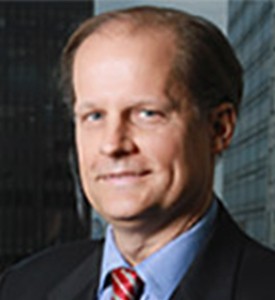 "The key is to create an antibody that carries out a precise duty. Creating a specific antibody requires the identification of a specific epitope to go with it, or the process will be much more challenging."

How is ProMIS’ activity split between its Canadian headquarters and operations in Boston?

Although our headquarters is in Canada, Boston is the center of gravity of our operations. The underlying science was contractually bound in an inert US$2 million company listed on the Toronto stock exchange, and we decided that the potential for breakthrough projects in Alzheimer’s was worth dealing with a sub-optimal financial structure for this stage of development. The core scientific basis was the identification of the epitopes that allow the creation of highly selective antibodies only for the toxic oligomers that are believed to cause neurodegenerative diseases. So far, we have made excellent progress.

How does ProMIS’ approach differ from historical methodologies?

A lot of the past failure in Alzheimer's therapy has arisen from a limited understanding of what really kills neurons and causes the disease. Of the hundred billion neurons in the brain at birth, it is the death of billions of these neurons over 15 to 20 years that cause the initial symptoms, with eventual death of the personality and then the body. Since Dr. Alzheimer’s initial discovery, amyloid plaque, has been considered the primary problem, but this is not the case. Every minute, Amyloid-β is produced in the brain. At a younger age, the immune system clears it out well. However, chinks start to appear in the armor with age.

The precondition for the disease is created when the amyloid monomer production exceeds clearance, generating oligomers and sometimes solidifying as plaque. However, none of this actually kills neurons. What leads to disease is that this environment in which production exceeds clearance has the potential to generate toxic oligomers which directly kill neurons. There is a great deal of laboratory evidence with human neuron cultures that cannot be killed with monomers or plaque; only with toxic oligomers. These toxic oligomers copy themselves, which is where the phrase “prion-like” came from. Within the last two to three years, this research has gone from radical to consensus.

Could you elaborate on ProMIS’ target identification strategy?

Alzheimer's is caused by a combination of Amyloid-β and Tau, two proteins that exist in the brain, but are only a subset of proteins in the brain. While the key to great therapy is the creation of some kind of highly-selective antibody that can identify only the toxic oligomers, past therapies have been unsuccessful because they also bind to other things. This causes them to waste the ammunition, or cause unwanted side effects.

We have recently released pre-clinical data showing direct head-to-head scientific comparisons of our compound against predecessor compounds. Of our most advanced candidates, PMN310, PMN350 and PMN330, there is potential for a reduced side effect profile, doses can be very high, and ammunition is not wasted by binding to plaque. Our product candidates also appear to do a better job binding to toxic oligomers than any other products that have come before. We can identify epitopes, exquisitely defined, based on the sequence and shape of the amino acids only on the toxic oligomers.

What are the advantages of antibodies in therapy?

Antibodies work well as therapies because they are ultimately what helps to keep our immune system running and keep us healthy. The key is to create an antibody that carries out a precise duty. Creating a specific antibody requires the identification of a specific epitope to go with it, or the process will be much more challenging. Once scientists started focusing on the specific epitope only present on the toxic oligomer, they started to see much better results, because that epitope gives a primary specific assay to screen antibodies early on, leading to a strong antibody platform. Our timing was perfect – we discovered this crucial point of honing in on the specific epitope just as other parties interested in neurodegenerative diseases, such as big pharma, were also realizing this was the key.

In light of this perfect timing, does ProMIS stand out as a forerunner in the field?

What is interesting, is that many companies in the Alzheimer's field have started to change their marketing literature of their existing products to stress the oligomer aspect more, even though the products themselves have not changed. This highlights the growing consensus that this is the best approach. We are also finding there are other companies moving into the toxic oligomer field from complementary directions. Some companies are looking at dislodging toxic oligomers from the neuron synapse so it cannot do damage. Other companies are attempting to slow the process of aggregation. However, we are the only company primarily focused on highly-selective non-synthetic toxic oligomers. Generally speaking, though, the field is recognizing that the oligomer is the target.

What are the next milestones for ProMIS and its pipeline?

The key focus for the Amyloid-β portfolio will be further differentiation. We may see an even bigger margin of binding superiority versus Aducanumab. The second area of focus is potential partnership deals on other assets such as TDP43, Tau, alpha synuclein and SOD1. It is likely that within two or three years we will become an M&A candidate. Neurodegenerative diseases are becoming the new opportunity space, and for good reason – there is a huge amount of unmet need and the science is finally starting to make some sense. Large pharma generally enters a new space by acquiring a product or a company. In our case, it will likely be the whole company since we have multiple products that all come from the same unique proprietary technology engine. Thirdly, there are diagnostics opportunities, both within antibody-based diagnostics and neuroimaging agents. We could potentially conjugate magnetic nanoparticles to our antibodies, which are highly selective, to measure oligomers. That could be a very exciting product.