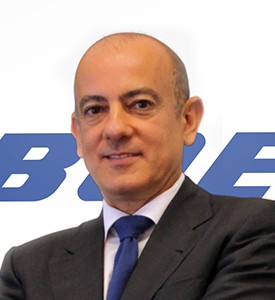 Boeing has long been a fundamental part of Italy’s aerospace industry. 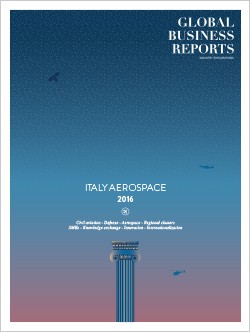 Boeing is celebrating its 100th anniversary and Boeing Italy turned 65 at Farnborough this year. Could you mention a few highlights?

Aviation began just a few years before Boeing emerged. Our predecessors were moved by the idea that nothing is impossible and they achieved things that were viewed as impossible and we have no doubt that the second century has to be framed in the same way. Teamwork has become paramount in this connected world. There is no company that can do everything by themselves.

The two highlights would be when the Italian industry was involved in the manufacturing of the McDonnell Douglas aircraft in the 70’s because that was a change in quality for aircraft manufacturing. It was also a recognition of our strong partner in Italy, Alitalia, which was one of the largest operators of the McDonnell Douglas aircraft, especially the MD-80. The other would be the 787 Dreamliner, which we started in 2004. The role of the Italian industry, alongside Leonardo, manufacturing composites in a new state of the art facility in the south of Italy is an indication of how this partnership has been growing. The facility in Grottaglie is the second largest industrial facility in Southern Italy, only second to the Fiat plant in Melfi.

Boeing holds a partnership with Uzbekistan Airlines and American Airlines regarding your humanitarian project with the 787 Dreamliner. Could you address the importance of running humanitarian aid projects?

This is part of our global reach, almost 70% of our revenue stems from outside the United States, and that is growing. The commercial airplane industry is constantly increasing; almost 40,000 new airplanes will be needed in the next 20 years, largely in Asia. It is going to be the largest aerospace region in the world outpacing the United States and Europe. As part of this global reach we have a philosophy of getting close to the communities we work with. We sell products that help bring relief efforts; a very recent example is the Chinook helicopter which is a unique way of aiding disaster efforts. We used them in the recent earthquake in central Italy, and to fight a fire in Rome. We’re also teaching environmental education and building environmental awareness in primary and secondary schools.

You mentioned that 70% of your revenue is from outside the US. What is the importance of the Italian market for Boeing?

Italy is a source of technology for us. The Italian aerospace industry is very advanced, especially in niche capabilities. Umbra Cuscinetti have improved their technologies to a point where they have become a world leader in aerospace. Alitalia has been a great customer for Boeing and Italy has always been an open market for us in terms of defense products, namely the Chinook but also the KC-767 tanker, which has the most advanced air to air refuelling capability worldwide. On the commercial side, new large customers reflect geopolitical shifts. Asia, China, Indonesia, India, the Middle East and South America are experiencing economic growth and the emergence of a strengthened middle class. This does not mean that Europe and North America are becoming less important, but rather that the focus is shifting. We have a strong partnership with Leonardo and they are distributing the Chinook aircraft to the Italian army under a license with us.

Which would you say are the greatest advantages and disadvantages of operating within the Italian market?

Sometimes Italy is not a very business friendly environment in terms of bureaucracy, the tax and legal system and uncertainty. In terms of aerospace however, there are small pockets of capabilities here. Take Piedmont; there are people who can do literally everything there.  Our partner Avio, who have been acquired by GE and is now used in the engines of our three major aviation products, the 787, 737 MAX and 777X and so play a large role in terms of volume and economy. In our 65 years of collaboration with Italy, Boeing has found a very friendly and positive relationship between Italy and the United States.

Where do you see the most growth for Boeing in upcoming years and what do you think the major obstacles will be?

There are a number of factors that influence the growth of air travel across the world such as oil price, war, global political instability, the economy; but those are short term. In the long term, we have seen this industry as able to overcome crises. Last year, 3.5 billion people flew, which represents half the global population. Flying was viewed as a luxury in the 1950’s through to the 1970’s. This growth will be accompanied by volatility and we need to work with that.

We are probably the most important non-Italian aerospace entity in Italy based on the investments we make. We have invested $5.6 billion in Italy and this is primarily due to the 787 program, but also the partnership with Avio GE on the engines. This represents a large amount of technology and innovation. Between Alenia, Avio and Leonardo, we have the Italian industry connected to the three major programs (the 787, 777x and 737 max), which will define commercial aviation for the next 20 years. With 150 people working in Italy for Boeing, we are supporting 13,000 jobs. We see growth in the defense market and have capabilities that the Italian MOD require. We also see growth in the service business of defense, integrated logistics and the tanker especially. We see a lot of positive growth for Alitalia together with Rome airport with the expansion of the intercontinental network which will benefit us as a provider of long-haul aircraft.