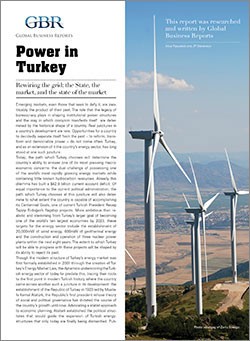 Though the modern structure of Turkey’s energy market was first formally established in 2001 through the creation of Turkey’s Energy Market Law, the dynamics underscoring today’s Turkish energy sector trace their roots to the creation of the Republic of Turkey in 1923. Advocating a statist approach to economic planning, the country’s leader, Mustafa Kemal Atatürk, established the political structures that would guide the expansion of Turkish energy and are only today being dismantled. Public works established the early rudiments of Turkish energy, constructing many of the country’s largest power-generation facilities, including the eponymously named Atatürk Dam, which currently generates 8,900 megawatts of energy annually. Only in 2004 did privatization begin for the energy sector in earnest, and the process is still underway.