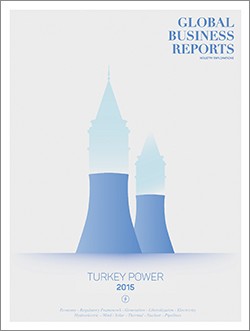 Currently standing as Europe’s sixth largest economy, Turkey and its demand for electricity have expanded rapidly in tandem with the country’s growth. Nearly doubling in the past 12 years, Turkish energy consumption increased from 132.6 terawatt-hours (TWh) in 2002 to 255.5 TWh in 2014. Since 1990, consumption has grown by 4.6% per annum, a path that the industry looks set to continue on until 2023 through which point in time annualized growth of 5% to 6% is expected. In 2023, Turkey’s Ministry of Energy and Natural Resources predicts that total energy consumption could reach as high as 450 TWh.