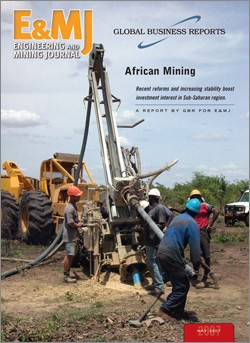 The global mining industry is experiencing a mineral boom with the highest commodity prices seen in over a decade, due in large part to the industrialization of both China and India. Mining in the Southern African Development Community (SADC) countries is a vast industry, contributing approximately 60% to the total foreign exchange earnings and 10% of total GDP, though in some member states it runs as high as 50%. The region is an important player on the international mineral market contributing between 11% and 45% of the world supply of eight major commodities, which include chromite, cobalt, diamonds, gold, manganese, copper, platinum and uranium, and has considerable potential in the dimension stone sector and other industrial minerals.

The mineral investment sentiment in the region remains high with a sustained level of exploration. Investors and governments are being rewarded with discoveries of major profitable mines across a range of commodities. This current trend should continue as older deposits reach maturity and world demand for mineral resources continues to grow.