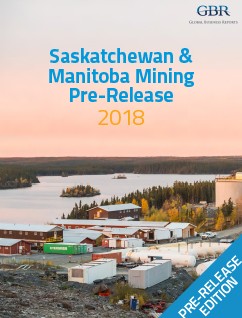 Saskatchewan is the world’s largest potash producer and second biggest uranium producer, as well as being home to the world’s highest-grade uranium. Its rich resource base in these and other minerals and its friendly mining regime, has put it consistently at the top of the Fraser Institute’s Investment Attractiveness Index. In 2016 it reached the number one spot with Manitoba in second place. Manitoba, though, has a relatively small and underexplored mining industry but has established an attractive permitting environment for investors looking to exploit its rich base and precious metals reserves. Tumbling uranium prices after Japan’s Fukushima nuclear disaster and depressed potash and nickel prices in recent years have held back both provinces’ mining industries. However, market forces appear to be turning. Junior activity is increasing as uranium appears to be at its bottom and demand for metals like lithium and cobalt are strong. With the global mining industry seeing better days, Saskatchewan and Manitoba are positioning themselves for an upturn.