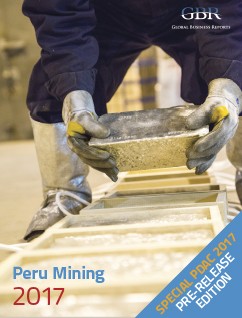 Total mining investments in Peru fell by nearly half year-on-year, from $7.5 billion in 2015 to less than $4 billion in 2016. As Las Bambas and the expansion of Cerro Verde saw their completion, there are no new copper mega-projects on the horizon, at least not immediately. The $1.2 billion expansion of Southern Copper’s Toquepala operation is currently the largest project under implementation, but since social issues put a stop to emblematic projects such as Conga and Tía María, the general election and a fairly depressed copper outlook did not help the industry push for new ventures.

To date, there are no new investment announcements being made, yet winds of change can be felt. The election of Pedro Pablo Kuczynski last year, a business-friendly president, helped overcome the uncertainty about the general direction of the country’s economy for the next five years. Production constraints at Escondida in Chile and Grasberg in Indonesia, two of the largest copper mines worldwide, have accentuated the upward trend of the copper price in recent weeks, providing a better picture for new project developers. Last but not least, the election of the CEO of Anglo American in Peru, Luis Marchese, as president of the SNMPE, the main industry association, is a sign that the company will sooner or later move ahead with the Quellaveco copper project, after years of back and forth.