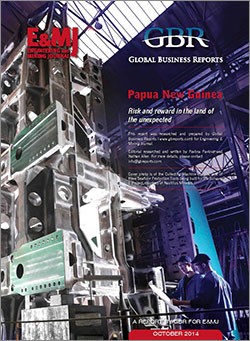 37 years after independence, Papua New Guinea retains the alluring veil of mystery that for centuries has attracted a particular mix of missionaries, mercenaries and misfits. Covered by steep, densely forested mountains, the country is home to thousands of different community groups, many of which number only a few hundred in members.

Although it is unlikely that there are any more tribes living in total isolation, there is little doubt that the country’s rugged terrain still holds vast undiscovered mineral deposits. Its position on the collision zone between the continental crust of the Australian Plate and the oceanic crust of the Pacific Plate has led to the development of spectacular geology in almost every province. However, this same characteristic geology makes navigating certain parts of Papua New Guinea almost impossible, and so the country remains one of the most prospective in the world, and one of the most unknown.