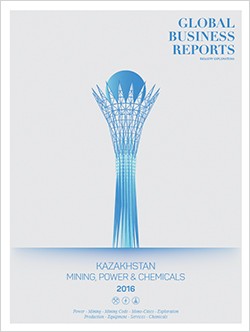 Kazakhstan, the largest land-locked country in the world, is sparsely populated and mostly covered by flat steppe. Yet in the last two decades, the country has come to play an outsized role in the global economy due to its abundant reserves of oil and gas. Unsatisfied to languish as a petrol-state, Kazakhstan is now looking to grow and diversify its economy and escape the middle-income trap and the mining, power, and chemical industries offer strong opportunities for the government to achieve this goal. Of these three, the mining industry offers the strongest prospects and is the focus of this report, but power and chemicals should not be overlooked in their own right, not least because they are intertwined with Kazakhstan’s mining and oil and gas industries.