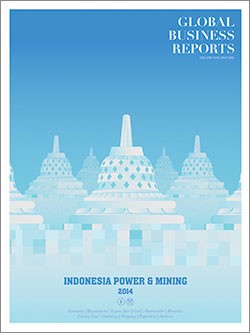 The island country of Indonesia is changing in every sense of the word. Favorably situated in fast-growing Asia and with an enviable reserve of natural resources, Indonesia has experienced rapid urbanization, rising incomes and an exploding population. Much of the country’s success can be attributed to strong growth within a historically key pillar of the economy, the mining industry, which contributes approximately 12% to the country’s GDP. But with all of this growth has come an associated strain on the power sector, the proverbial engine of growth.

The Indonesian mining and power sectors hold drastically different future prospects. Wanting to keep more value derived from the mining industry within the country, the government in 2009 passed several mining-specific regulations that have impacted expectations. Commodity exports have fallen significantly and foreign investors are already exhibiting apprehension. While the outlook for the mining industry remains to be seen, growth in power generation in Indonesia is imperative. Possessing one of the lowest electrification ratios in the region and with demand expected to increase by 7.4% per year, Indonesia is already starting behind. The government in recent years has therefore instituted new laws and incentive programs to increase power generation.