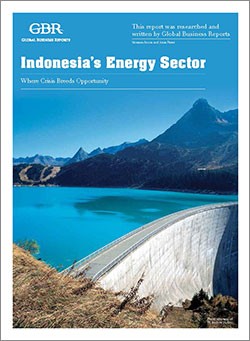 Megamalls galore, roads teeming with vehicles, Starbucks stores found at every strategic location, to an outsider, Indonesia’s capital of nearly 10 million people, Jakarta, shows every sign of a country well on its way to becoming an economic powerhouse. Years of GDP growth consistently in the 5% to 6% range have pulled the country into the bracket of middle-income countries, but its ability to continue this growth is by no means guaranteed.

Although endowed with a plethora of natural resources and favorable demographics, Indonesia’s upward mobility could be hampered by several key factors. These include reforms to limit foreign participation in key resource sectors of the economy, such as mining and plantations, energy subsidies that chew up an unsustainable 20% of the national budget and a looming energy crisis that could hamstring industry and undermine urbanization. While the effect of the resource sector reforms to the country’s economy will take years to understand and ending the energy subsidies, a thorny issue for any country to tackle, will take time to achieve, there is a near universal understanding that the government must act to address multiple issues related to the country’s power situation.

Indonesia must work to increase the 75% electrification ratio, one of the lowest in the region, to reach the entire population; boost generation capacities to keep up with a staggering energy demand increase of 7.4% per year; and alter the current energy mix to ensure energy security for the nation’s future. Failure to achieve these goals could compromise the country’s ability to continue to lift millions out of poverty and compete on both a regional and global level.