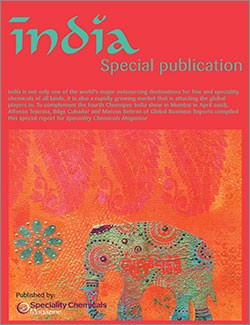 India appears to be in a prime position to burgeon as a chemicals market. It has a population over 1.1 billion, a large pool of talent and world-class entrepreneurs, and a favorable business climate. Drastic market reforms have been enacted and major declines in tariffs realized from triple-digit rates to an average of 10% in 2007. India is often compared to China, and industry leaders believe India offers important advantages, such as its democratic system, transparent legal structure, fluency in English and a talented pool of chemists. However, China has traditionally played its cards very well, has an undervalued currency, and the government has intervened to subsidize exports, making China a veritable competitor. Indian-Chinese competition may also turn into collaboration, as bilateral trade increases between the two countries. India’s chemicals industry might not be the largest, but it has reached a stage where multinationals must see it as an option or even as a necessity to enter on its own merit.