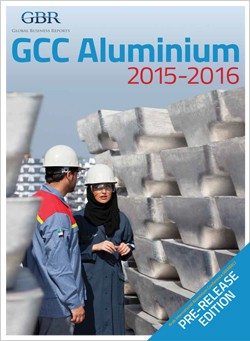 Within the last few decades, primary aluminium production has seen tectonic shifts. As the metal has gained popularity as an alternative to steel and iron in many applications, new production is taking place outside traditional markets. Recognizing the energy-intensive nature of the industry, the Gulf Cooperation Council (GCC) countries have seized on the opportunity to leverage their energy wealth, financial strength, and the growth in domestic demand to diversify their economies by investing in aluminium production. Although the global price of aluminium has declined dramatically in recent years, roughly 40% since 2011, the number of smelters in the GCC has grown from two in 2008 to six in 2015.

The world has now turned its eyes to the GCC region for upstream aluminium production and the growing downstream. Each country is uniquely poised to respond to local, regional, and global demand and in turn the GCC will become an even more significant player in the global aluminium industry.