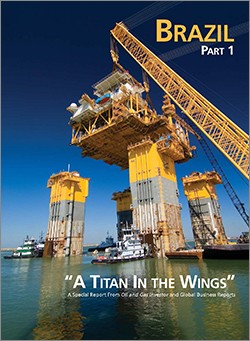 Until recently, for most people Brazil has conjured up images of samba-dancing carnival goers or soccer—not hydrocarbons. Yet ever since President Getulio Vargas created Petrobras, the state oil company, in 1953, the country has been steadily increasing its oil and gas production. In 2006, Brazil finally achieved its aim of oil self-sufficiency, but, with production standing at about 1.9 million barrels of oil per day, it still failed to attract muchattention. That was, until the pre-salt discovery. The discovery of several significant offshore reservoirs in the so-called pre-salt region—a geological formation lying beneath a layer of salt in waters as deep as 3,000 meters and below as many as 7,000 meters of seabed—has raised expectations that Brazil may have discovered a 200-kilometer-by-800-kilometer oil province.