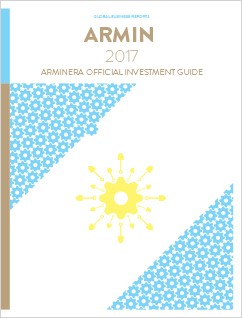 Consultants are saying that 2017 is the year where investments will clearly begin to arrive more fluidly in Argentina. In the face of a new macroeconomic scenario following the lifting of trade obstacles and exchange rate controls, a more positive attitude towards doing business in Argentina prevails.

Nevertheless, it is hard for mining projects to raise billions of dollars when there is a lack of certainty. Countries such as Peru and Chile are reducing royalties and making the environment for mining investors safer, but in Argentina, some provinces consider mining as a cash cow with free money for everyone or as unacceptable for the environment and regulating the industry accordingly. Exploration risk – finding or failing to find resources – is intrinsic to mining, but investors are now unwilling to accept any other risks; political or legal instability are out of the question.

Before mining majors pump more money into the ground, the overarching question of policy stability and unification seems to be delaying confirmed contracts and concrete agreements. However, many signs point to Argentina moving in the right direction, such as its bump upwards of two spots in the World Bank’s 2017 Ease of Doing Business ranking. “Argentina is expected to grow by 3.5% within the next year,” stated Diego Calvetti, audit partner and head of oil & gas and mining for KPMG Argentina. “Positive changes are being made and, therefore, the market will be able to deal with growing pains and react accordingly over time.”

The challenges are not to be ignored. Marci’s political challengers remain vocal with worrying statements and proposals to reverse the president’s movements. Argentina’s internal battle against mining is cultural, and San Juan’s mining chamber president Jaime Bergé insisted: “It is necessary to stop installing the demagogical idea that Argentina can survive without mining, because that is a fallacy.”

It will likely take a few years of reframing public opinion, more favorable commodities prices, and the effects of Macri’s grand policy shifts to reap a notably calculable difference in production, but the hype for Argentina’s mining future is charged by lithium and sustained by substantial resource speculation in copper, gold and silver. If the government can maintain its current course and convince the Argentine people of the benefits, then investors will be unable to resist Argentina’s rich geology and mining can find its place as a firm pillar of the countries immediate economic development.