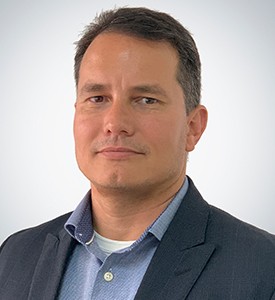 "When companies invest on the level that Anadarko are planning to, this brings a whole new industrial ecosystem into the country. New service companies, both local and foreign, will be required to support such rapid growth. Engaging with potential oil and gas stakeholders from across the value chain is in CDN’s business development plan. The Port of Nacala is in a strategic position to benefit this development."

What were the circumstances surrounding the creation of the Northern Development Corridor (CDN)?

The Northern Development Corridor (CDN) was a government infrastructure that became a private concession, with its largest stakeholders being Vale and Mitsui. The CDN has gone through a large rehabilitation process to support the transport of cargo from Vale’s Moatiz coking-coal mine in Tete, Northern Mozambique. As well as coal, products and materials such as fertilizers, fuel and tobacco are transported through the CDN between Moatiz, Nacala, Interland, Malawi and Zambia. Infrastructure at the Port of Nacala has also been improved to support the increased flow of cargo.

Mozambique’s economy is predicted by the IMF to record double-digit growth by 2023. Will CDN’s infrastructure be able to support such growth?

We have a medium to long term vision to greatly improve the logistical offering in Northern Mozambique, which can benefit all market segments in the region. We are growing with the country and have the modern infrastructure equipped to handle a rapid rise in production, be that from the mining industry with our railway network, or the oil and gas sector with our port and offshore services. CDN also has substantial storage and warehousing facilities with the capacity to attract new clients. Vale is CDN’s principal and most important client, but there is no exclusivity agreement and we welcome additional business partners that can help develop the economy of Northern Mozambique in a sustainable manner.

What potential do you see for an increasingly diverse client base due to the impending mega-investments in Mozambique’s gas sector?

When companies invest on the level that Anadarko are planning to, this brings a whole new industrial ecosystem into the country. New service companies, both local and foreign, will be required to support such rapid growth. Engaging with potential oil and gas stakeholders from across the value chain is in CDN’s business development plan. The Port of Nacala is in a strategic position to benefit this development.

What would you say are the biggest challenges that must be addressed for CDN to develop?

The biggest challenge is gaining the trust of new clients, as many of them have experienced years of unreliable service with the Mozambican logistical system, various train accidents, and a faulty infrastructure that had gained a bad reputation. Credibility needs to be built up by logistics providers over time, proving that cargo can be transported safely and will arrive at its destination on time.

Can you outline some of CDN’s policies to support economic development for local communities in Northern Mozambique?

CDN has various social programs in northern Mozambique, including our own technical schools, direct links with the University of Nampula to bring, train and hire the best students. Promotion of agriculture and the integration of societies within and around the corridor is a big focus. The extractive industries, mining and oil and gas, have received a lot of investment, but developing the agricultural industry is vital for the country, from both an economic and social standpoint.

How did CDN help with the transport of cargo and aid in the aftermath of the cyclones in early 2019?

We were lucky that the cyclone did not affect the corridor and CDN was able to transport supplies including food and clothes to Beira from Nacala and Interland. A rapid response to the disaster was fundamental and Mozambique mobilized its resources impressively to help those affected.

Mozambique has a logistics deficit. How does CDN’s intermodal approach help overcome this issue?

The great advantage of the corridor is the operational integration of port and railway. As well as utilizing the latest equipment, this integrated approach allows for substantial cost reductions due to increased efficiency and the fact clients are dealing with one operator. This integration puts the north of the country in an advantageous position moving forward.

Finally, what are the principal objectives and targets that CDN would like to achieve in the next two years?

In 2019 CDN is expecting to increase its transported cargo from 520,000 tonnes to 600,000 tonnes, approximately 26%, and in 2020 this should increase to 1 million tonnes, another 40%. At the moment the flow of CDN’s cargo is from Nacala to Interland, but we want to develop the cargo from Interland to Nacala, which will increase the total to 2 million tonnes, and increase operational efficiency. Utilizing railways systems can fundamentally change the vision of Africa, and the economic development of areas such as northern Mozambique, Malawi and Zambia.