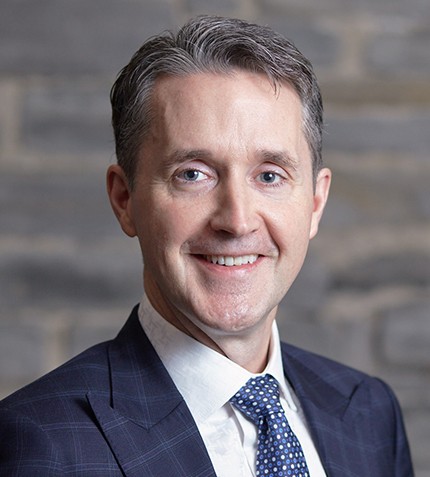 Once operational, the refinery would become the only North American producer of refined cobalt for the North American EV market. Over the first several years, the intention is to treat high grade cobalt hydroxide currently imported into China. However, the permits and flow sheet for the refinery are such that it can be ideally suited to treat North American mine concentrates as domestic projects are brought into operation.

What were the circumstances surrounding the creation of First Cobalt?

First Cobalt was established in March 2017 as a direct response to the electric vehicle (EV) revolution. We looked at cobalt assets around the world, including the DRC as this is home to almost 70% of global cobalt mining. After a year of investigation, we concluded that the best opportunities were in fact right here in North America. Within the first year and a half, we amalgamated four companies to bring together an extensive portfolio of properties and assets in Canada and the United States. As a result, First Cobalt today has three key assets: (1) a very large prospective land package in the Ontario Cobalt Camp, with 50 past-producing mines; (2) an even more advanced asset in Idaho called the Iron Creek Project on patented property and with a growing resource; and (3) the only permitted primary cobalt refinery in North America capable of producing material utilized in lithium-ion batteries.

First Cobalt’s most important attribute today is that we have a fully-funded, non-dilutive path to get the company to first cash flow in 2020. We are positioning ourselves to be the only cobalt refiner on the continent and this will in turn de-risk cobalt mining of our own projects as well as other potential operations on the continent that could be processed through our facility.

First Cobalt recently announced a partnership with Glencore to recommission First Cobalt’s Ontario Refinery. What is the timeline for getting the Refinery back into operation?

First Cobalt embarked upon a recommissioning strategy in early 2019. It started with recognition that there is no near-term cobalt mining on the continent, and yet we have a refining asset ready to serve the Canadian and US markets. Once we set our sights on foreign feedstock supplied by some of the world’s larger cobalt miners, it opened up a world of opportunities. Specifically, we tested cobalt hydroxide from the DRC, which is the most abundant feedstock in the world, and found that our refinery flow sheet was ideally suited to convert that material into a battery grade cobalt sulfate. The material coming from the DRC is approximately four times higher in grade than what the refinery historically received as feed, making it is easier to process, and it does not have the arsenic content that you typically find in North American cobalt ore deposits. The absence of significant arsenic in the ore helped us to increase the production capacity of our plant. After a global marketing effort, we found ourselves in a situation where we could easily source feed and envision a much more ambitious future for the 20-year-old facility.

Glencore advanced US$5 million to First Cobalt in order to allow us to take the existing metallurgical test work and scoping study and bring it to a feasibility-level study. We have inspected and tested virtually every piece of equipment in the refinery, including tanks, pumps, motors and instrumentation, to establish what might need refurbishing or replacement. The intention is to complete the feasibility study in April 2020 and begin recommissioning the plant under its current permits in late 2020. Thereafter, we expect to permit and commission a 55 tpd expansion, which will take approximately 12 months.

How did First Cobalt come to acquire the Ontario refinery?

The previous owner of the refinery was processing custom feedstock on a batch basis and most of these were complex feeds and relatively low grade. Under this operation scenario, the business plan was not viable and the facility was closed in 2015. First Cobalt completed a three-way merger to ensure that we could bring all the pieces together to acquire the facility near our own exploration properties. A 2012 report estimated the replacement value of the First Cobalt Refinery at US$78 million, excluding the capital invested in power lines and earthworks related to the tailings facility and roads. We acquired the facility for much less than that. Moreover, you cannot place a value on the fact that it is already permitted. Once operational, the refinery would become the only North American producer of refined cobalt for the North American EV market. Over the first several years, the intention is to treat high grade cobalt hydroxide currently imported into China. However, the permits and flow sheet for the Refinery are such that it can also treat North American mine concentrates as domestic projects are brought into operation.

Can you give insights into First Cobalt’s Iron Creek deposit in Idaho and project in Ontario?

Iron Creek is a primary cobalt deposit in Idaho and is our most advanced exploration project. The Idaho Cobalt Belt is the only place, outside of Morocco, where you can find primary cobalt deposits. We have drilled cobalt and copper mineralization at Iron Creek over an almost 1 km strike length and over 650m down-dip depth. Mineralization is contained along a metasedimentary rock horizon and is considered stratabound lending a high confidence in cobalt and copper continuity. We published an updated mineral resource estimate in early 2020 that showed good continuity in the deposit, which remains open along strike and at depth.

An important feature of the Iron Creek mineralization that is unique from most other North American primary cobalt deposits is the low level of arsenic. High arsenic levels have acted as a barrier of sorts for the development of other deposits in North America given the limited options around the world to refine arsenic feeds. The plan moving forward is to continue developing our resource through drilling. We have an added advantage of operating on a patented mining property which allows us to have much greater certainty on permitting.

First Cobalt’s other mineral projects take us back to the birthplace of hard rock mining in Canada, to a town called Cobalt, Ontario. We have assembled an extensive property package to facilitate an exploration program across over 10,000 hectares. We have drill-tested several historically mined areas and have drilled numerous high-grade cobalt and silver intercepts. There remains high potential for cobalt and silver exploration and discovery that we intend to pursue once we have progressed with the First Cobalt Refinery and the Iron Creek project in Idaho.

What is driving the fundamentals of cobalt?

Compared to other base metals, the physical cobalt market is relatively small, so it does not take a significant amount of new supply to impact the market. When the price of cobalt increased to over US$40/lb in 2018, it created an incentive for artisanal mining to pick up in the DRC. The sudden increase in supply weighed on the market from Q2 2018 until Q3 2019. The outlook is much better today for companies like First Cobalt. That period of oversupply is behind us and cobalt demand continues to rise dramatically as the EV revolution takes hold. Against that backdrop, I do believe there will be a premium offered for cobalt that is sourced ethically and responsibly. We are already seeing this in the market today.