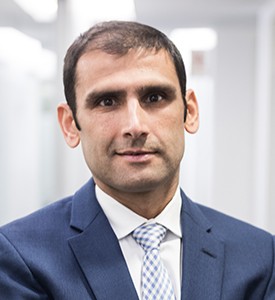 "Las Bambas has enormous potential for brownfield growth. Our strategy is to pull all of these growth levers. This includes the development of further satellite pits and resource expansion - the Las Bambas tenement has 35,500 hectares, and so far we have explored less than 10% of it." 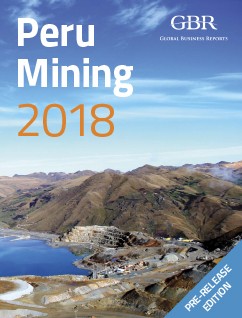 Could you summarize the main facts and figures for Las Bambas in 2017?

2017 was a defining year for Las Bambas. We produced close to 454,000 metric tons (mt) of copper in concentrate at a C1 cost of US$0.99, which positions us as one of the biggest and lowest cost copper mines. Las Bambas was the second largest producer of copper in Peru in 2017 and is truly in the top tier in terms of size and cost. In 2017 we took some fairly aggressive steps to drive efficiency improvements across the business. This does not normally happen in the first year of production, but these steps were taken to establish efficiency as the baseline for Las Bambas.

Can you describe some of the latest technologies being used in Las Bambas?

One of the first steps after commissioning and ramping up Las Bambas was to imagine the future of the project –how it would operate in five or 10 years’ time. With this in mind, we developed our digital road map, which leverages new technologies to support us in meeting technical challenges and in driving improvements in safety, productivity and efficiency. Our road map includes progressive implementation of automation, mobilization, real time monitoring and integrated planning platforms and the use of data analytics and artificial intelligence for real time optimization.

One recent example is the implementation of a new technology that supports a holistic fatigue management approach. Las Bambas has a large number of drivers transporting concentrate, goods, equipment operators and also, bus drivers transporting our people. Given the nature of the work, the distances traveled and the hours these drivers work, they are particularly exposed to the risk of fatigue. The technology we have introduced is called SmartCap. It is a preventative technology that measures brain waves and allows us to be aware if a person is at risk of experiencing fatigue. This allows us to take action before the fatigue escalates to dangerous levels of lack of concentration or micro-sleeps.

Las Bambas has the potential to be in operation for several decades. How does a project of that magnitude address environmental challenges such as water management?

MMG as a whole sees minimizing its impact on the environment and minimizing our use of natural resources as a corporate value. It is also important for us to leave a positive legacy for future generations. Las Bambas has been able to obtain water efficiency levels that are at the leading practice end of the mining industry. On any given day, we will recycle 93 to 97% of our water.  This is just one example of how we translate our values into actions when it comes to environmental management.

Another aspect we are focused on is tailings management. Our current dam will serve us to a certain point in the life of the mine. We are working together with a number of research institutes to understand how to apply tailings technologies in a large scale environment such as Las Bambas to further increase the efficiency of our current model.

How is the relationship with the local communities around Las Bambas mine site?

Contributing towards sustainable development of our host communities and improving their quality of lives is also one of our main values. Our strategy is focused on doing this through relationships founded on deep trust between the company and the community. Las Bambas has contributed significantly the towards social development of the Apurimac region.

Las Bambas has invested more than US$340 million in this field prior to commencing production (2004 - 2017), in coordination with the communities and the government. In addition, the Las Bambas Social Fund (FOSBAM) has financed various development projects to benefit the population of Cotabambas and Grau provinces, with a total amount of US$64.5 million allocated by the government since it was awarded the International Public Bidding Process called by the Private Investment Promotion Agency (Proinversión). The fund has mainly focused on basic sanitation, education, health, agriculture and livestock.

For concept of royalties, Las Bambas has generated more than US$160 million and made a contractual commitment to pay 3% of its sales as royalties, in addition to the 32% income tax. These resources will drive the ongoing social development of the Apurimac region and lead to significant improvements in the livelihoods of its people and communities.

One group alone, however, cannot deliver such sustainable social development; it must be a collaborative effort between the company, communities, local and central governments, NGOs and any other relevant actors. All parties need to recognize what their role is and work together towards the same vision and objectives.

We have already seen the immensely positive impact that the presence of Las Bambas has had on the region of Apurimac, which used to be the least developed region in Peru and is now the fastest growing. In MMG, we proudly say that we mine for progress, and what we mean by that is that we create real wealth for the people that work for us, for our host communities and for our stakeholders, including the government and country of Peru.

What is MMG’s strategy for growth and expansion?

Our focus is very much on building on the success of 2017 into the future years, with efficiency and productivity already contributing to improving results. In 2018, our production guidance for Las Bambas is between 410,000 and 420,000 mt of copper, at a C1 cost of between US$1 and US$1.10/lb. Las Bambas has enormous potential for brownfield growth. Our strategy is to pull all of these growth levers.  This includes the development of further satellite pits and resource expansion - the Las Bambas tenement has 35,500 hectares, and so far we have explored less than 10% of it. These levers could underpin a large-scale expansion of Las Bambas.

MMG has a vision to be one of the world's most respected mid-tier mining companies. Our strategy is focused predominantly on growing in zinc and copper, our two core commodities, and growing in the regions that we are currently operating in –Australia, Africa and South America.