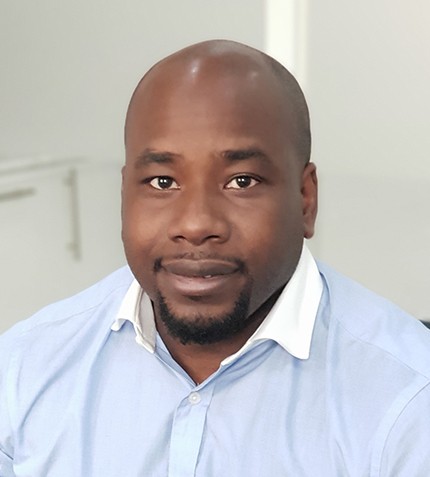 "Having to raise US$90 million to get to approximately US$50 million free cash flow was a transformational opportunity, and a route we decided we had to take. We are now fully funded to move into production within the first half of 2021. At today’s gold price we pay back the project capital in under one year."

Can you introduce Thor Explorations and the company’s portfolio of projects in West Africa?

Thor Explorations is a West African gold explorer and developer listed on the TSXV (“THX”) with projects in Nigeria, Senegal, and Burkina Faso. The company’s flagship Segilola gold project in Nigeria was acquired in August 2016 and has been developed since through the PFS stage, then a bankable feasibility study, through to construction which began in 2020 and is fully funded. The company’s Douta gold project in Senegal has a lot of blue sky potential, and we are looking to develop a maiden resource over the next twelve months. Lastly, we are a minority JV partner of Barrick in the Central Houndé project located in the highly prospective Houndé Greenstone belt in south west Burkina Faso.

How did you come to acquire the Segilola gold project in 2016?

Segilola in its most recent evolution was owned by a JV which consisted of an Australian company named RTG Mining and a local subsidiary. At the time, Thor Explorations was an early-stage explorer, and the gold price had taken a dip. I was looking for something tangible to put into the company, and being Nigerian I knew about this project, which was mined many years ago. Segilola had been locked in limbo due to the internal issues between JV partners, and I decided to make contact with both parties to set up an acquisition that consisted of shares, cash and a royalty.

What were the main highlights from the bankable feasibility study?

The bankable feasibility from February 2019 shows a very high-grade open pit project grading at 4.2 grams per tonne (g/mt), in the bottom quartile AISC at US$662 per ounce. We ran the feasibility study at a US$1,300 gold price, with an NPV close to US$140 million, a payback period of 1.4 years and an IRR of 50%. Having to raise US$90 million to get to approximately US$50 million free cash flow was a transformational opportunity, and a route we decided we had to take. We are now fully funded to move into production within the first half of 2021. At today’s gold price we pay back the project capital in under one year.

How did you manage to raise over US$100 million to build Nigeria’s first large scale gold mine?

It has been a challenge. We did a comparison of the economics of all the mines built in West Africa over the last six years, and found Segilola sat right at the top end, but it was still difficult to fund as this is the first of its kind in Nigeria. We managed to raise US$5 million through investors in London and family offices in the UK and Nigeria. We sat down with our contractor and agreed a US$6.5 million discount from the EPC contract as a differed payment, as well as an additional US$5 million off the EPC invoices to be issued in shares. We went back to Africa Finance Corporation (AFC) emphasizing the strategic importance of this project to Nigeria, and they shared this vision with us, putting in a secured credit facility of US$54 million, an extra US$11 million in equity, and the pre-payment of a stream of 10% of the gold for US$21 million. In a relatively unconventional way, we pieced together a US$104.5 million package.

Why has there been a lack of mining activity in Nigeria, and is the government incentivizing the industry in lieu of the oil crash?

Nigeria was a champion in mining prior to oil. In the 1900s Nigeria was the largest exporter of tin globally, and the Segilola property was mined prior to 1930. However, the country is so blessed with hydrocarbons people flare gas instead of processing it. Due to this context, a lot of other sectors such as mining, agriculture and infrastructure have been neglected. Comparatively, mining is a capital intensive industry with a long gestation period – it takes on average 10 years to go from discovery to production – so until recently there had been easier revenue opportunities. A few years ago when the oil price dropped to US$30, the government made clear they would diversify the economy and kick start the mining industry. Since then, incentives have been introduced such as zero tax on profits, 100% ownership of projects and 100% repatriation of dividends.

What do you think makes Thor Explorations an attractive investment opportunity?

Segilola is a high-grade gold project, fully funded and coming into production within the next 12 months. Furthermore, the exploration potential in Nigeria is enormous. When we started working in the country we pegged a vast amount of ground on the strike at the sheer zone, and looking at the magnetic interpretation it is impossible that Segilola is there in isolation. Using Segilola as a spring board to capitalize on our first mover advantage in Nigeria is key for Thor Explorations, and we intend to drill these satellite anomalies in the next twelve months. In Senegal we have an ideal second project which we can develop with the free cash flow Segilola.