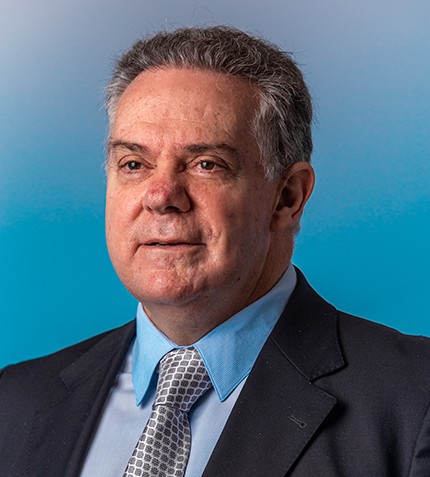 "Some industries have performed quite well with the pandemic, in terms of polystyrene disposables for food packaging and also acrylic sheet. Besides, the agriculture industry has seen zero impact, while the demand for cyanide has remained strong, thanks to the increasing price of gold."

Could you provide a description of Unigel’s business lines and geographical footprint?

In recent years, Unigel has been very strong on two main business units, styrenics and acrylics, and we are now making an important investment to expand into a third business unit; fertilizers. In styrenics we have two styrene plants, two polystyrene plants, and also the latex plant in Guarujá that we acquired from Trinseo. We have invested heavily in our plant in Bahia, basically with a new ethylbenzene plant which feeds the styrene production, and have also expanded our styrene capacity.

In acrylics we have also invested to expand capacity in methyl methacrylate (MMA), and we have just completed an expansion of our sodium cyanide line, a product used in the mining industry, so we now have around 40,000 tonnes of production capacity annually (mt/y). We have started up a new plant in Bahia for the production of methacrylic acid, of which we are also the only producer in Latin America. We have also been investing in downstream products, such as acrylic sheet, which is widely used for individual protection during the pandemic. We have a fully integrated chain with MMA, polymethyl methacrylate, and finally the acrylic sheet, both in Brazil and also in Mexico, where we have four plants.

How important is your diversification into fertilizers with the production of urea?

We were already present in the fertilizer business with three ammonium sulfate production plants in Bahia, and now we are strengthening our position in this segment with the two ammonia/urea plants, which should be up and running starting January 2021. This is part of an agreement we have with Petrobras to lease these facilities that were idle since 2019. With urea production, we are adding a third pillar to our business, and this way we are better protected against economic cycles.

The agriculture industry in Brazil is very strong and is probably the number one sector if you look at the industrial GDP of the country. Brazil currently imports 5.5 million mt/y of urea, and even with the two new plants up and running, this would only represent 20% of the market. Also, Brazil imports between 2 million and 2.5 million mt/y of ammonium sulfate, while the production of every single commodity, like soy, corn, sugar, cotton or coffee, increases every year.

What has been the impact of the pandemic on your day-to-day operations?

We provide acrylic resin to the automotive and durable goods industries, which suffered a lot, especially in April. Interestingly enough, some industries have performed quite well, in terms of polystyrene disposables for food packaging and also acrylic sheet demand has increased substantially due to the pandemic. Besides, the agriculture industry has seen zero impact, while the demand for cyanide has remained strong, thanks to the increasing price of gold. At some point we had to put some plants on hold, but as of July 2020 we are working close to capacity again.

Will Brazil’s ‘Novo Mercado de Gás’ alleviate the feedstock situation for the industry?

This government had the right concept in mind when it decided to open the market and have other players entering the gas market. Now, we can choose who we buy from in terms of feedstock and this is changing the landscape and is going to bring prices down. We have some production coming from pre-salt fields but also now you can have importers bringing in LNG. At Unigel we are already discussing with several potential suppliers and we believe we will find a good formula to continue producing competitively in Brazil. The US had a stagnant chemical industry that is now booming thanks to shale gas – we could see a similar development in Brazil.

Could you provide examples of successful innovation by Unigel?

As a large chemical industry player, what are your efforts on the sustainability front?

We have invested heavily in water recycling. In Candeias we have invested R$50 million to make sure that 80% of the water is recycled. Also, we have a very important education program. We have been sponsoring two schools in Bahia and we have 1,300 children in these schools in the municipality in Candeias. The “Escola de Educação Infantil Gysella Tygel” became the benchmark on the public-private partnership in education in the Bahia state. We have had this education program for more than 15 years and we are very proud of it.

Would you like to send a final message to the members of APLA?

We are a traditional chemical industry player with good relationships with our stakeholders. We are one of the largest chemical companies in Brazil. We continue to grow and, as shown by our investment in fertilizers, we will continue to bet on Brazil, which has always been our number one priority, even if we export all over the world.