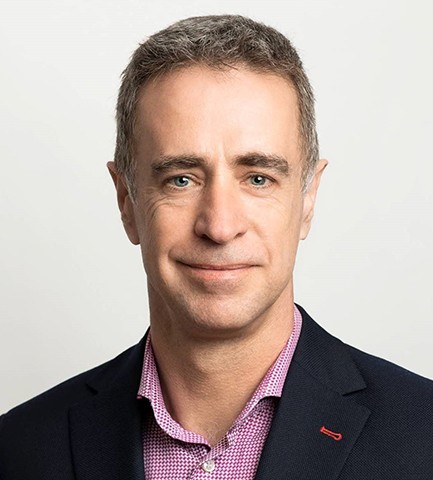 "Once expanded, Rosh Pinah will be a world-class asset as we are investing in modern mining techniques and technology."

Can you give us an overview of Trevali’s assets and resource base around the world?

Trevali operates four mines: the Santander mine in Peru, the Pekoa mine in Burkina Faso, the Caribou mine in Canada and finally, our flagship asset, the Rosh Pinah (RP) mine in Namibia. Approximately 85 to 90% of our revenue is generated from the sale of zinc with additional by-product revenue coming from lead and silver. We are also exploring around our current operations with the intention of discovering and defining additional resources to extend mine life. Another focus area of ours is developing our joint venture opportunity with Vedanta Resources at Gergarub in Namibia, a sulphide ore body.

We have big plans for our Rosh Pinah mine. We recently published a Feasibility Study (FS) on August 17, 2021, which studies the potential to nearly double production at the mine and at an all-in sustaining-cost of 72 cents per pound of zinc, with a mine life of 12 years. The FS indicates the execution of the expansion is expected to be from 2022 onwards, spread over 24-36 months. The mine will be expanded while in operation, which will be challenging and is why we are spending significant effort in developing a detailed project execution plan to mitigate against these challenges. Once expanded, Rosh Pinah will be a world-class asset as we are investing in modern mining techniques and technology. For example, systems were put into place in the processing plant to automate the recovery process. We are also operating a semi-autonomous front-end loader underground, enhancing safety and optimizing the loading time. We conduct data cleansing work and analysis from our operational base in Vancouver and are planning an integrated planning and scheduling system for our production and maintenance at RP.

Can you elaborate on Trevali’s efforts to reduce its environmental footprint?

We aim to reduce our greenhouse gas emissions by 25% by 2025, compared to 2018. To reach this goal we are implementing several initiatives across the portfolio. For example, as part of the RP2.0 expansion project, we will have a smaller tailings footprint as a significant portion of the tailings will be pumped back underground through the use of a paste backfill plant. Also, in April 2021 we signed an agreement with Emesco to supply us with solar power for 30% of our energy consumption at RP. On the other hand, metallurgical recovery at Perkoa has improved significantly, as we can process around 100 metric tonnes an hour, so we use power more efficiently to produce more zinc as we relied on a diesel alternative. Water recycling has also been a focus of ours.

Can you elaborate on Trevali’s balance sheet structure?

We plan to stick to the 90 cents production cost per tonne as much as we can. However, it is challenging with the inflation and labour cost pressures. In the long run, we aim to have operating costs of around 70 - 80 cents. During Q1 of 2021, we reduced our net debt by US$12.4 million as a result of business improvement initiatives, the increase in the zinc price, and a reduction in benchmark treatment charges for 2021.

We look forward to strong cash flows in the upcoming quarters, putting us in a strong balance sheet position to raise the Rosh Pinah expansion financing.

How did the pandemic impact the zinc market?

The zinc market witnessed an oversupply of concentrate before the pandemic hit, which was later consumed by the smelters in China during the outbreak as supply struggled, especially in South America. At the moment, there is a supply deficit as expansion projects got delayed and no new mines were built. We expect this supply constraint to last several years, which will positively impact prices. Demand will likely remain solid as zinc is a raw material in solar panels and is essential for galvanization and infrastructural developments, such as roads.

Namibia is one of the best mining jurisdictions to operate in, with easy transport links and a skilled workforce who we rely on at our Rosh Pinah operation. There is also an ongoing dialogue between mining companies and the government, which is rare, so we are fortunate to be operating there.