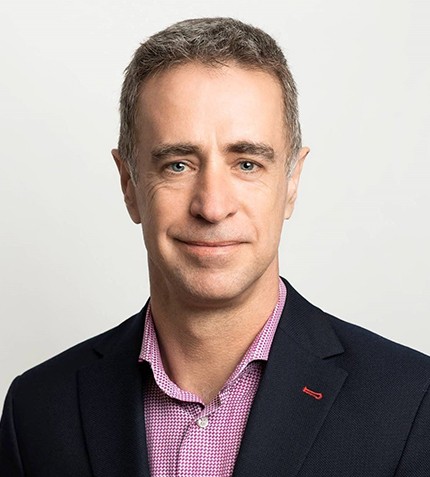 "The issue of sustainability is much broader than greenhouse gas or water consumption, extending into the guarantee that people’s health and safety are protected, that communities around us are prospering, and we can build a respectful and trustful relationship."

Trevali recently published the Pre-Feasibility Study (PFS) for the expansion of its Namibian Rosh Pinah underground zinc-lead mine. Could you comment on the key results of the PFS?

Rosh Pinah is our core asset, a mine that has been in operation since 1969, and that I expect to live on for another half a century. This is an amazing ore body left underexplored for many years, where we identified additional resources. The PFS recommends a significant expansion of 86% of the current production capacity that would take us from 0.7 million tonnes per year (mt/y) to 1.3 million mt/y. The extension will entail the modification of the processing plant along with other infrastructure developments. A Feasibility Study will follow on in Q1 of 2021. Through this modernization, the average AISC will decrease to US$0.64 per pound.

Rosh Pinah has a wonderful history, the town of Rosh Pinah having been built around the mine. This is a deposit that offers the potential to build a world-class, tier-one operation, which, with the latest technology, can be transformed into the mine of the future. Over time, there will be opportunities to bring in renewable energy sources to create something that will make us and the local community very proud.

Could you bring us up to date with the recent efforts to expand the Perkoa mine in Burkina Faso, and explain why Perkoa stands out as the only significant zinc-silver mineralization in the Birimian belt?

Perkoa is one of the only base-metals mines in Burkina Faso, and that is because not a lot of attention has been paid to base metals in the country best known for its gold. Nevertheless, the potential is there and it has always been there.  Perkoa demonstrates that base metals can be found in the area. I believe more base metal mines will be active in the region in the coming decades, and we hope to be part of creating that opportunity in the country.

We have been drilling to define another lens within the current mine which we have named “T3”, to potentially extend the life of mine. In the last 18 months, we identified several regional targets, but more drilling is needed. Since taking over the asset from Glencore three years ago, we have focused heavily on using data and digital platforms to run the mine more efficiently, which, together with renegotiating contracts, allowed us to move Perkoa down the cost curve.

What new measures have been implemented to safeguard workers’ health, especially after Trevali workers at Santander mine contracted the coronavirus earlier this year?

It is truly sad to see how Peru has been affected by the pandemic. We are now operating in what has become the new normal: We implemented new check-up routines and new shift schedules while monitoring the situation through testing. Besides the enhanced measure, we also increased control checks observing physical distancing, face mask and PPE use, and compliance with the procedures in place. Thankfully, we also rely on data operating platforms and technologies to connect everyone online, which helped us adapt faster. Trevali also worked closely with the local communities in Santander and other operations. We supplied them with food parcels because these communities are located away from the main cities and thus cut away from basic necessities.

In the mining industry, I believe we tend not to be vocal enough about the efforts we make and the initiatives we take especially in serious situations like the current pandemic. Mining companies have been able to operate through the pandemic and look after their people’s safety. When countries struggled, mining companies came to governments’ support and kept the economy going. Because we do not have the option of simply stopping operations, we rely on consistent testing and we focus, first and foremost, on keeping people safe.

Anti-mining sentiment is thought to have risen in countries like Peru. How does Trevali adapt its ESG strategy in light of this matter?

I do not look at anti-mining sentiment as a trigger for action - we deeply believe in caring for our communities and in making sure they benefit from mining. This is what we do in Peru and elsewhere. Our key value is care: for people, for the environment, and our team. We embrace the diversity of our team, and we have managed to create a safe space for people to bring their ideas to the table; these ideas have led us to improved performance.

Trevali published its second annual sustainability report in which we mention important targets, like reducing greenhouse gas emissions by 25%, by 2025. However, the issue of sustainability is much broader than greenhouse gas or water consumption, extending into the guarantee that people’s health and safety are protected, that communities around us are prospering, and we can build a respectful and trustful relationship.

We should look at the society’s needs in the next 100 years and think of ways to obtain resources sustainably, rather than denying that metals are a necessary component of life. Trevali constantly looks at new opportunities for recycling, or for reducing surface footprint. Ultimately, it is not about money-making, nor ticking climate targets in a greenwashing exercise, but looking at mining differently.

Trevali launched its T90 business optimization program to get to a US$0.90 AISC and has accelerated its objective by a full year, expecting to achieve it by beginning of 2021. What are the steps undertaken in this program, and how does it benefit the business and its stakeholders?

The T90 program is ntended to bring the AISC to US$0.90/lb, by running operations in a much more efficient and sustainable manner. In this way, we also extend the mine lives through mining more ore and creating less waste. T90 involved everyone in the company, people of all levels coming up with hundreds of ideas. The plan is to cull about US$50 million of costs in sustainable efficiencies. Initially, the timeline for T90 was within 2.5 years, but we sped the process up due to the coronavirus and its impact on the zinc price. Currently, we have managed to save about US$30 million, and it has been astonishing to see how quickly our teams mobilized in this scope. For instance, at Perkoa, we implemented a new way to run the processing plant by floating the iron before the zinc, which increases our zinc recovery and leaves less iron in the concentrate. This change alone saved us US$4 to 5 million a year. Very importantly, this idea came from the workforce and not from an external consultancy.