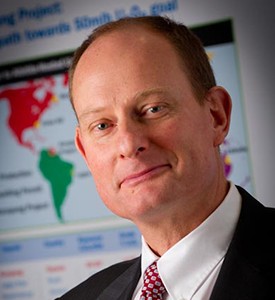 U3O8 is bringing an Uranium and Vanadium resource to production in Patagonia and is seeing good prospects to meet local demand. 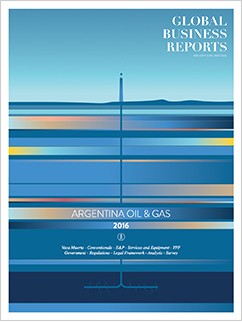 Since GBR last interviewed you in 2013, what have been U3O8 Corp.’s most significant developments?

U3O8 Corp. has been disciplined about estimating production costs and communicating this information to our shareholders. Over the last three years we sought third-party verification of our production cost estimates for two of our major projects in order to maintain transparency. It is very easy to underestimate production costs in this business – it’s difficult to take into account all of the taxes and logistical costs which contribute overall. In both our Colombian and Argentinian projects we carried out official preliminary economic assessments (PEA) in collaboration with the Australian company Bateman Engineering. In Argentina our cash costs were estimated at around $22 USD per pound, and in Colombia our uranium extraction costs were completely covered by the revenue that would be generated from other commodities that occur with the uranium. Both of the economic assessments were positive steps in the development of the company. We are a small company, and having two deposits that have such low cost production potential in a cut-throat industry is a significant achievement.

How is U3O8 Corp. managing to keep production cost estimates so low in Argentina?

Its simplicity is what allows us to keep costs down, and $22 USD per pound is actually, we believe, an overestimate. Laguna Salada is a flat deposit in a semi-desert area; all that needs to be done to harvest the uranium is gather the gravel, screen out the pebbles, and then mix the uranium-vanadium–bearing fine component of the gravel with water to form a slurry that is then pumped via a pipeline to the processing facility where we would use baking soda and washing soda to extract the uranium and some of the vanadium. The PEAs allowed us to identify areas where costs could be reduced – and where test work needs to be focused to define these potential cost savings.

How does U3O8 Corp. use technology to take a sustainable and environmentally friendly approach to mining?

We must take care of the natural resources that we use as if we were working in our own garden, hence our use of environmentally sound mining methods. Hardy shrubs form the backbone of the Patagonian steppe environment, providing protection for smaller plants against the wind. These shrubs are the only thing preventing full scale desertification – and therefore our mining method ensures that the shrubs are removed ahead of mining and are immediately replanted in the gravel that has just been replaced after mining so that we maintain this first line of defense against the desertification that is prevalent in Patagonia.  In our restoration after mining, our aim is to protect patches of gravel between the shrubs to provide an environment in which hardy pioneer pants can grow – thereby facilitating a gradual improvement of the land and gradually improving its economic productivity.  Water is also a major challenge for the mining industry.  There is a perception that water released from all mining operations is contaminated.  Our plant design at Laguna Salada includes a reverse osmosis plant. This should ensure that all water leaving the plant is potable for the local people and their livestock. Most of the water that we use is from a salt lake, an additional advantage considering salt aids our processing method. Wind is an incredibly powerful natural resource here in Patagonia, which is why we are also considering the development of a wind farm to provide renewable power for the project, but that also could be left behind for the people in the area to generate income after the mineral resource is depleted and the mine closes. We see Argentina as a country with huge potential for renewable power due to the abundance of wind and solar resources and we want to play our part in using renewable power sources where they make economic sense.

How do you plan to develop the “by-product” of available Vanadium?

Vanadium redox batteries (“VRB”) will be an increasingly important component of the energy storage industry as they are efficient, highly scalable to industrial applications, and are durable. There are not many partnerships between battery producers and mining companies yet, however, I think they will be more common in the future as batteries are one of the biggest opportunities in the energy industry at present. Many companies are working on the development of more efficient flow and lithium ion batteries that contain Vanadium. U3O8 Corp. could contribute to these batteries taking their place in the mainstream of energy storage alternatives by providing the battery producers longer-term pricing stability via off-take agreements. The benefits of VRBs are numerous: they do not degrade over time like lithium-ion batteries; the vanadium can be recycled, and the batteries can be recharged almost instantaneously with a large enough power source. Also, since a VRB consists of two tanks of liquid containing vanadium ions, a driver could have the choice of refueling by charging the battery or simply draining the discharged liquid and refilling both tanks with charged vanadium liquid.  A problem with these batteries is that they are large – they can’t easily be miniaturized. With further refinement and research I see VRB technology becoming a key player in power storage in the future. Although entering into off-take agreements may reduce our cash flow from the by-product in the short term, helping to establish VRBs as a mainstream energy storage solution should lead to greater demand in the future, which will be good for business. The estimate on which the PEA was based was for production of around one million pounds of Vanadium each year.  However, our exploration has led us to believe that the size of the Laguna Salada deposit will grow significantly beyond the current resource base. Combined with our Berlin deposit in Colombia, U3O8 Corp. has a total resource of 180 million pounds of Vanadium, which is significant.

The Argentinian government is currently pushing the development of nuclear technology. Are you working with them to increase internal consumption of uranium?

An agreement is likely to materialize in the future because the government is striving for energy security.  The government requires fuel for two areas of its nuclear energy program.  The first is to fuel its large nuclear power plants – and Argentina currently has three operable plants, with construction scheduled to start on a fourth reactor in 2017 and a fifth in 2019.  The other area in which fuel is needed is for the small modular reactor (SMR) initiative.  Argentina is building a prototype that, once in production, could create an export opportunity.  SMRs have some advantages over large nuclear power plants.  For example, the economics of a cluster of SMRs may be more attractive than that of a large reactor because, instead of investing a very large capital amount up-front and then waiting a significant period before cash flow starts, with an SMR, the capital requirement is not so onerous and cash flow starts within a couple of years.  And construction of additional SMRs in each cluster could be staged such that construction starts on later modules once cash flow has started from the earlier units.  This flexibility and shorter period between capital spend and the start of cash flow makes the economics of SMRs very interesting.

Today there are only three small reactors currently being built: prototypes in Russia, China and Argentina. The Argentinian government realized that the size of the SMR market may be very large and is likely to be positioning itself, by getting the prototype into production on schedule, to seize a sizeable share of this market. The marketing strategy of the Argentine nuclear sector may be to offer a package that includes reactor design, construction, fuel and spent nuclear fuel storage. As it stands at the moment, the only thing that they lack in this plan is the necessary fuel. We hope that we will play an integral part in the supply of uranium to support the market for both the large-scale and small modular reactor market in Argentina.

Where does Laguna Salada fit into the timeline bearing in mind that the new CAREM SMR is due to come online in 2017?

It will take us two years to finish the full feasibility study and double the size of the resource at Laguna Salada.  Increasing the resource is important because the economics of the project are strongly geared to its size: doubling output would triple the net present value (“NPV”).  Laguna Salada would be ready to meet the needs of the local market for uranium as long as we are able to attract the necessary funding to complete the feasibility study in a challenging uranium market in which the spot price is currently at its lowest level in over a decade. We estimate that it will cost about US$7 million to go through all the test work and produce the feasibility study.  This is not a large sum of money to get a project to a production decision and therefore I believe that we will be able to secure this funding. This means that Laguna Salada will most likely be ready to enter production around the time that the uranium market is forecast to go into long-term supply deficit.

How would you describe your relationship with the provincial government?

We have kept a low profile in Chubut Province.  That being said, we were the first mining company to enter into a partnership with a resource company that is owned by the Chubut provincial government. We see this as a positive indicator of the nature of our relationship with the local authorities. In Chubut there is a law against open pit mining and the use of cyanide and we would use neither of these techniques. We are also pleased to see the progress that Pan American Silver is making in the province and are happy to follow in their wake.

What would be U3O8 Corp.’s final message to investors?

In regards to Argentina’s current mining industry, alignment is key. We are aligned with the government’s focus on clean energy from both the nuclear perspective and renewables through vanadium for industrial-scale energy storage potential: energy storage is fundamentally important to intermittent sources of power like solar and wind.  We are also hugely positive about the amount of support that we are receiving inside the country from the local communities, the government and the nuclear industry. This support is crucial for the development of a successful business in the mining sector.