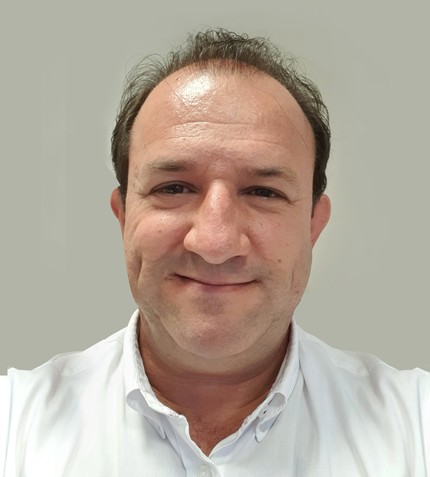 “We are taking an aggressive approach to developing the Mozambican side of the business and we now have a registered company in Mozambique: M-Octo, which is already pre-qualified with various operating companies with the objective of participating in oil and gas tenders […] We are in the process of shipping some assets from Angola to Maputo, with the potential of moving them to Pemba.”

How has COVID-19 impacted Octomar’s operations in Angola and training programs in France, the UK and South Africa?

It has had a negative impact on logistics, making it a costly challenge to mobilize personnel for offshore operations, given the procedures under both government and oil and gas industry COVID-19 protocol that must be followed to transport expatriates and the requirements for quarantine periods in Angola. One of Octomar’s key contracts was suspended for four months at the end of March. However, we continued paying salaries, paying suppliers and renegotiated contractual terms and conditions with some stakeholders to ensure we remained with a positive cash-flow and continued operating. Today, in July 2020, we are back in full operation with all our contracts having resumed.

We were fortunate to send two Angolan candidates to South Africa to further their diving careers just before the lockdown started. As a result, we have been able to increase the Angolan content for one of our major contracts. In the subsea sector, very little training can be done online, since there is a practical component of operating tools and equipment and candidates are required to travel to attend these training courses. Thus we have been able to do minimal training during this lockdown period, and will only be able to reinitiate it once restrictions are lifted between Angola, France, the UK and South Africa.

Has the disruption to international logistics created opportunities for Angolan suppliers and shown the importance of developing local content?

It certainly has created opportunities. For example, we had a competitor contacting us to assist them on one of their spot, short duration projects, since they could not mobilize equipment from outside Angola. Companies that are currently in Angola have had challenges mobilizing equipment and personnel, and foreign suppliers without an established base in Angola have basically been unable to perform here.

In practical terms, the COVID-19 situation has proven that local content is essential. It is evident that increasing local content has numerous advantages for Angola’s oil and gas industry, not only for service providers, but also for operators. A lot of expatriate workers left Angola at the start of the pandemic and have not returned. Angolans have filled their positions, and business is going on as usual, proving that Angolan content can deliver in challenging times. It was this local content that ensured we overcame these challenges, and it is the companies that have invested in local content that are performing well today.

Octomar is part of AECIPA – the Association of Oil and Gas Sector Service Providers in Angola. What kind of support has the association given the industry in 2020?

AECIPA’s support has been timely and essential. They have been particularly helpful in terms of facilitating all the COVID-19 protocols and respective procedures established by the Angolan government and that must be fulfilled to mobilize personnel from abroad into Angola. We have been able to perform crew changes on vessels that are operating offshore with the support of the association who facilitated all of the authorizations and permits required by the Angolan government for special flights and mobilization of expatriate personnel.

Can you provide an update on Octomar’s plans to develop business in Mozambique?

There has been some progress; we are taking an aggressive approach to developing this side of the business and we now have a registered company in Mozambique: M-Octo. Furthermore, we have been able to pre-qualify M-Octo with various operating companies in Mozambique with the objective of participating in oil and gas tenders that are due to be launched in the next three months. We have established a partnership with a Mozambican company to penetrate the market more efficiently, and we are in the process of shipping some assets from Angola to Maputo, with the potential of moving them to Pemba.

I would say that since the oil and gas sector in Mozambique is now gaining momentum, experienced service companies may gain advantage and reap benefits, just like the Mozambican oil and gas industry may benefit from this experience to create policies that will facilitate companies operating in Mozambique and attract foreign investment. Octomar wants to replicate its Angolan business success in Mozambique, and we see it as a key for our  growth.

What are the main priorities for Octomar in the next 12 months, and what can the company offer potential partners in Angola or Mozambique?

The main priorities are to maintain current operations and add new contracts in Angola, and embrace M-Octo’s development in Mozambique. Although drilling and exploration has come to a standstill, we believe this will rebound in 2021, and we have the experience and capacity to work in this sector. Octomar has managed to overcome three crises that have had a direct impact on our industry: the financial crisis in 2008, the oil crash in 2014/15, and now the force majeure crisis as a result of the COVID-19 pandemic. We have had to restructure and reinvent ourselves during each of these periods and have remained operational to satisfy all of our stakeholders’ needs.