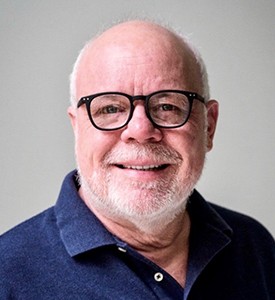 What is the scope of Andino in the logistics and distribution segment?

The Andino Chemical Group has four integrated divisions: trading, shipping, terminalling and distribution, with the latter known as Andikem. We have a full sales office and staff in Mexico City, as well as a 100%-owned marine bulk liquid chemical terminal in Tuxpan, Veracruz. We also have offices in Lima with rented tanks in Callao and an office in Guayaquil, as well as an office in Bogotá with rented tanks in Cartagena.

Our current services include providing logistics (railcar, barge or tank truck) for chemical producers. We carry the product from the point of origin on board one of our own time-chartered vessels and then discharge the product at our terminal before delivering it to the end customer. All of this is done for a pre-agreed service fee instead of a gross margin.

How does Andikem fit into the equation?

Andikem is what we like to call the last mile fulfillment. Today, we do distribution using Andikem companies locally in all the countries where we are present, but ultimately our desired business model is to serve the needs of chemical producers and allow them to reach the final mid to small size customer directly without needing the assistance of a distributor. We firmly believe that companies like Amazon and Alibaba (who already have announced their intention to enter the chemical product and services market) will have a significant impact on our chemical industry. They have an enormous amount of money to deploy, and the chemical industry is a US$200 billion plus market in Latin America alone. The main issues are logistics and cross-border limitations. In the future, we believe distributors will disappear if they do not add significant value to the chain. Companies like BASF have already announced they want to follow that model to access directly the medium and small customers, which are more profitable for them.

Our current challenge is to find a way to offer the possibility of ordering your chemicals online in countries where this simply is non-existent, albeit for now. All going well, we will transition into becoming more of an information provider, where intelligent use of statistics and algorithms can have a very positive impact on monitoring inventories and prices. The chemical producers’ concern has always been price; they are afraid to leave money on the table, but they are also afraid not to sell the product. Today, the chemical producer depends highly on distributors, agents or brokers who tend to steer the pricing in the direction of their own needs – which are not necessarily aligned with the interests of the chemical producer.

Can it therefore be said that the traditional distribution business model at risk?

Large chemical distributors such as Brenntag are actually not growing at all. Were it not for acquisitions, the make-up would reveal a completely different face. Univar has just announced their intention to acquire Nexeo, the third largest chemical distributor in the world, because they need to stay in the game to show results. To be fair, Nexeo has showed their peers that they can extract quite a decent EBITDA margin on sales, even with gross profits that are half those of their fellow competitors. We do not believe chemical producers necessarily feel that they stand to benefit from this, just as companies such as Unilever and Procter and Gamble had the tables turned on them when Walmart became a giant.

What logistics challenges are you facing, particularly in Mexico?

Mexico is a country that has gone from producing 3.5 million barrels of oil per day (b/d), to 1.6 million b/d. The country needs US$685 billion of investment in order to return to the 3.5 million b/d figure. This means that, for the time being, Pemex’s refineries will not be able to operate at full capacity. It will still take two or three years before we see some crude coming out of the recently announced offshore projects. In the meantime, the country meets 50% of its diesel and gasoline needs with imports; this is a big country, and the volumes are staggering.

Unit trains with gasoline and diesel have become the norm, and marine terminals on the east coast of Mexico, which currently store chemicals, are being constantly pressured by gasoline and diesel importers to assist in handling the discharge and providing much needed storage. At present, Mexico has two or three days of inventory for these critical products.

To make matters worse, you have a new president that has announced that a new airport project will be cancelled and bank fees will be lowered or eliminated. Furthermore, the prospect of Mexico building a new refinery has led many midstream players that were previously evaluating new pipeline and marine or land terminal projects in Mexico to reconsider. All of this is only worsening the logistics issue.

What is the opportunity for Andino’s logistics business in this context?

Our small marine liquid bulk chemical in Tuxpan has suddenly become an attractive option for chemical producers who are frustrated with bad, or sometimes non-existent, railcar service, or that have been displaced by a terminal operator who would rather fill tanks with high volume and sometimes higher paying gasoline or diesel.

Our current plans include building a liquid bulk chemical storage tank hub on an existing facility in the U.S. Gulf nearby Houston, in a non-heavily congested area where we can safely dock and service our own time chartered vessel(s), supported by rail, barge and truck capabilities. This will position Andino in a unique situation whereby we can offer chemical producers in or around the Houston area a service that allows them to avoid large demurrage bills due to heavy traffic and congestion in the Houston Ship Channel.

In times like these, companies tend to lower their service standards, and the audience quietly accepts. Andino plans to capitalize on the moment and offer the best possible service.