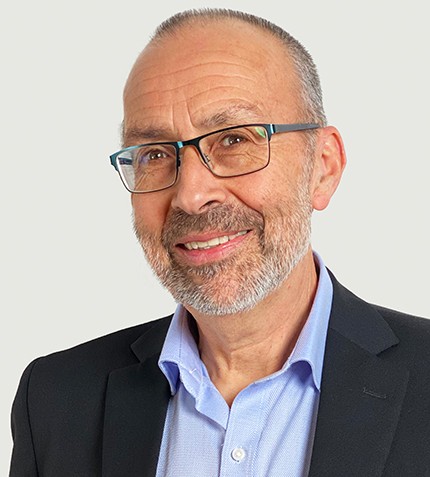 "The opportunity is here, now and probably for a couple more years, and our priority is therefore to drive our assets to development as fast as possible."

What are the most recent milestones at Predictive Discovery?

After announcing our discovery at Bankan in April, in Guinea, we raised about AU$8.5 million (after costs) and started a very large drilling program. Since then, we have progressively tested the target zone with power auger, air core, reverse circulation and diamond drilling. Through this work, we have identified a near surface footprint of oxide gold mineralization in multiple zones up to 240 m wide and roughly 1.5 km long. We have recently announced further contiguous acquisitions extending the north-south strike length to 35 km and the area under exploration permits to 357 km2. While there is no guarantee, our ambition is to discover more than two million oz in resources across the project area, potentially including the NE Bankan gold deposit in a central open pit.

Could you give more details into the mineralization characteristics at Bankan and the vision for the project?

At surface, the principal known mineralized body - NE Bankan - is over 1.5 km long and consists of intensely altered mafic volcanics and granitic dykes containing pyrite-carbonate-quartz veins. The gold mineralisation is deeply weathered down to depths of 60-70 m, below which there are thick zones of disseminated gold mineralization in fresh rock. We are exploring NE Bankan, the separate Bankan Creek gold mineralisation, and some new areas. Only last week, we demonstrated we have significant widths in fresh rock at NE Bankan with gold intercepts of up to 2.9 g/t over 55 m, complementing the initial obliquely orientated RC drilling with diamond drilling from west to east approximately at right angles to the gold mineralisation’s dip.

In terms of timeframe, we aim to obtain a maiden resource calculation by mid-2021 and be advancing on a scoping study or PEA by the end of 2021. We will also carry out a comprehensive metallurgical test work program later this year and early next year.

Our vision is for a large open pit at NE Bankan, possibly quite deep in the center, mining gold both in the shallower weathered zone and the deeper fresh rock, with a shallower pit to the north and south focused on the oxide mineralization. The Bankan Creek gold zone, interestingly, seems to be widening as we drill to the north and may continue further north than initially anticipated under barren cover. Between these two prospects, there could be another zone from which we have obtained only two intercepts so far.

What attracted Predictive Discovery to Guinea?

After our earlier experiences in Burkina Faso, Ivory Coast, and Mali, Guinea became the next logical step in this progression. We have been very pleasantly surprised by Guinea, which has a welcoming Mines Ministry, a transparent mining registry online system, and great prospectivity.

Could you also elaborate on your regional strategy?

During the period from 2015 to 2018, Predictive Discovery operated as a prospect generator, which explains our large ground holdings. It was a rational strategy but also a survival strategy against the backdrop of a difficult capital market. Our approach in Guinea was different from the beginning, however, with a focus on acquiring and exploring 100%-owned ground in our own right. We now hold a large portfolio in Ivory Coast and, to a lesser extent, in Burkina Faso, but we rely on our JV partners in these countries, our main focus being Bankan in Guinea.

How do you evaluate investor appetite in the gold junior space?

If there was ever a time when one could say gold price is going to stay high for a few years, then this is now, tied to the colossal economic turmoil at present. Personally, I do not believe the price of gold will reach the high figures some speculate, and neither do I believe the current price levels will last for a decade. The opportunity is here, now and probably for a couple more years, and our priority is therefore to drive our assets to development as fast as possible.