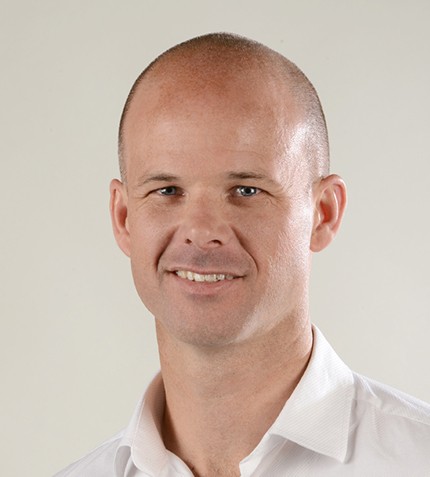 "The key for Peru’s mining industry into 2021 (and beyond) is to get to a point where the communities have a positive outlook with respect to mining and actually want mining in their region.  It is not impossible."

Can you explain the relationship and synergies between Mining Plus’s South American and North American offices?

Many of the mining companies active in South America have their senior management based in North America, especially Canada. The Mining Plus Peru office works very closely with our North American colleagues on many projects, and the teams are combined in order to offer the best of both worlds: face to face contact with the management teams in North America, and the local knowledge and language skills in South America. In order to facilitate seamless communication between the Mining Plus offices, we have started paying for English classes for our South American employees. This is a minor cost that has made a big difference to flexibility within the business, opportunities to share knowledge, and to ensure that there is no hindrance to collaborating and working across the Americas.

Mining Plus’s parent company, Byrnecut, is the largest underground mining contractor in Australia. When do you expect to see more mines moving underground in Peru?

Projects go underground when the time is right.  This is defined by the ore body, topography and stage of the project primarily. Peru will move in the same direction as Chile has, where we are seeing that for the older pits, an open cut / underground trade off study clearly shows that it is more favorable to extract the material under the pit via an underground mining method (often a caving method) rather than continue mining via an open cut method. I expect to see the same thing happening in Peru in the coming years. Peru is at a stage where there are mature open cut mines and we will see mines such as Antamina going underground in the future. There are also, of course, those projects that are underground projects form the beginning with no open cut component at all.  The region is full of them, be they narrow vein mines or large porphyries.  We do work for all UG mining methods, from standard stoping methods up to block caving methods as proposed for SolGold’s project in Ecuador.

How is the size and design of an underground mine established?

With respect to the rate at which the mine will produce, you first need to understand what the deposit naturally wants to do, which will then drive the size of the infrastructure such as the processing plant.  Grade of course plays a part also (high grade mines can be small and still be profitable where as low grade mines generally need an economy of scale to keep the costs low).  One thing that must always be kept in mind is to not to force a deposit to do what it cannot naturally do, as that can cause dilution of the mineralized material and/or congestion within the mine (amongst other issues), resulting in the operation being less profitable.  With a block cave, for example, it is the horizontal surface area of the cave that dictates how much the mine can deliver; with a smaller scale stoping mine it will be how many operational areas you can have running at the same time and how much each can produce.  It is thus important to design the mine according to what the geometry of the orebody wants to do in order to maximize the economics of the project.

As metals prices have risen, have you noticed junior companies being more aggressive in moving their projects forward?

I would say yes, but we do still have an issue in South America, particularly in Peru, that those providing funding are currently favoring what they consider the safest and most stable jurisdictions. Peru is just too well endowed geologically to ever be ignored by explorers, but in the current climate where drill permits are taking a considerable amount of time to be approved and there are ongoing social challenges, this is testing the friendship between the jurisdiction and juniors. Peru has to be aggressive in ironing out corruption, social challenges and streamlining the permitting process to attract more investment into its exploration sector in order to ensure a robust industry in the coming years and decades. I understand the industry and the government are working towards that end.

Are there any particular areas of business where the company is targeting growth?

Following on from the previous question regarding the juniors, our focus in the past twelve months has shifted slightly, and we are looking less at companies entering the region, and more to companies already established in the region.  That is where the growth has been.

We also have a strong niche in the mass mining market which we would like to extend.  We really do not have any significant competitors in this space in Latin America.  In Chile they have block caving experience, but very little on the way of very large stopes and sub level caving.  In order to service clients that may have multiple mining methods, or if the mining method is yet to be defined, it is critical to be experienced in all the mining methods so an unbiased recommendation that is the best for the project can be made.

How would you like to see Peru’s mining industry develop moving into 2021?

The key for Peru’s mining industry into 2021 (and beyond) is to get to a point where the communities have a positive outlook with respect to mining and actually want mining in their region.  It is not impossible.  I have seen it in towns such as Ollachea in the Puno region of Peru.  For that to happen those in the area of influence of the mine obviously need to see significant benefits derived from the mining activity.  This may be in the way of jobs (be them direct or indirect), long term social initiatives (that will provide benefit long after the mine is exhausted), better access to water all year round through engineering solutions, infrastructure such as schools, roads, hospitals, etc.  It is important that the mining industry becomes better at communicating the benefits of mining, as there is the potential to transform the country for the better if it is well managed, especially considering the large scale long life copper projects in the pipeline.  It is not easy, but it is critically important and must be focused on.