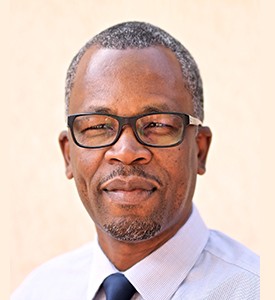 "As in most countries in the region, we have a mining investment agreement, or Basic Convention for Essakane, with the government, which has stabilized our legal, customs and fiscal terms and this has given us more predictability. We have been operating now since 2010 without any major interruptions because of the excellent relationships with local communities, NGOs and the government."

Could you provide a brief overview of the importance of West Africa to IAMGOLD?

We are present in Burkina Faso, Mali and Senegal, and recently acquired exploration rights in Guinea. About 50% of our production comes from West Africa, with Essakane, one of our flagship operations, still playing a major role. We are currently looking at a brownfield expansion at Essakane with a heap leaching project currently under study, which will take the site from a production of over 400,000 oz/y to close to 500,000 oz/y. In Mali we still hope to bring the Sadiola sulfide project into production and in Senegal we are currently doing a feasibility study on the Boto gold project.

How is Essakane performing, and what is the timeline of the heap leaching project?

Essakane has performed extremely well: in 2017 we had record attributable production of 389,000 oz, (432,000 oz total production) beating our previous record in 2016. In 2018, we are targeting the same level with mining production coming from the Essakane main pit and two satellite deposits at Falagountou. Falagountou West came into production in 2015, and mining is starting at Falagountou East in 2018, bringing oxide and transition material to the plant. The heap leaching project is progressing well and the pre-feasibility study will be completed by June 2018. It has the potential to increase Essakane production by up to 20% and extend the mine life by 2 to 5 years.

In terms of exploration, we are actively exploring around the mine at prospects such as Gossey in order to prove resources that can be fed to the plant. Essakane sits in a very prospective area and we have a large land package that can be further explored.

How is the mining environment in Burkina Faso?

As in most countries in the region, we have a mining investment agreement, or Basic Convention for Essakane, with the government, which has stabilized our legal, customs and fiscal terms and this has given us more predictability. We have been operating now since 2010 without any major interruptions because of the excellent relationships with local communities, NGOs and the government. I must say that our competitive edge is that we know how to build lasting relationships with key stakeholders and we know how to operate efficiently in this region. As a result, we are often referred to as the leader in performance and CSR.

Could you tell us more about your CSR initiatives?

Our philosophy is that if you want to operate somewhere, you need to bring something positive and sustainable to the host community. Our strategy has been to better integrate our mines with the communities and countries where we operate. I can tell you about two of our major projects. Back in 2011, we signed an agreement with Plan Canada, Plan Burkina and the government of Canada to jointly fund a CAD 7.5 Million project for non-formal technical and vocational training programs in two regions of the country for youth aged 13 to 18 who did not finish school so they can transition to the job market or become entrepreneurs.

Secondly, we have the Water Triangle project in northern Burkina, which when completed, will be a game changer in terms of potable water access for the population of this drought-stricken region. The Canadian government, the One Drop Foundation and IAMGOLD have teamed up with an execution agency (Cowater Sogema) to provide potable water to over 60,000 people. We provided CAD $2.3 million, an amount matched by the One Drop Foundation, and the Canadian government provided CAD $14 million for the project’s implementation. Phase one construction is in progress and includes a new water treatment and distribution network plant at Dori, revenue generating activities for women and raising sanitation levels. Phase two, for which we are seeking funding, will consist of bringing water to Gorom-Gorom and Falagountou and different communities with the construction of pipelines from Dori. This is huge and extends the outreach of the CSR impact well beyond the vicinity of the mine.

Additionally, we worked with a French company to build a 15 MWp solar power plant at our mine, accounting for 8% to 10% of our energy consumption, which was unveiled in March 2018. It will still be there for the community after the mine is gone.

What are the next steps for IAMGOLD in West Africa?

We look forward to the results of the Pre-feasibility study on the Essakane heap leaching project, with a decision to be made this year. We still hope to reach an investment agreement on legal, fiscal, custom and energy clauses with the Malian government for the Sadiola sulfide project in order to finally unlock the next life of this world class mine. We are also excited about the Boto gold project, where we plan to apply for a mining concession at the end of this year. Senegal, where we have been since the early 1990s, is very attractive on many fronts. We hope that the next gold mine built there will be ours.

Does IAMGOLD plan to expand from Boto to Diakha-Siribaya, on trend but in nearby Mali?

In a perfect world we would, as it is in the same geological structure, but there are two borders in the way between the two deposits, those of Guinea and Mali. At this stage we are focused on moving Boto forward and are still exploring Diakha and Siribaya. At a later stage we will have discussions with the governments to see what options work for all parties.

What is the potential for further gold production in West Africa?

West Africa is a gold region, known for centuries, and we have all heard about the Gold Coast and the stories of Mansa Musa. The fact also is that some mines have been running since the late 1800s and there is still great potential, with new resources being found and developed. IAMGOLD is well positioned in the region with great land packages, exciting operations and projects, and, as I pointed out before, we know how to operate and grow here better than any of our peers. West Africa is one of the most attractive regions in the world for gold mining.