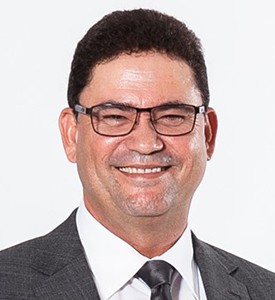 Can you give a brief overview of MEMSA and the evolution of the company since its establishment?

MEMSA started during the Mining Phakisa, which was a meeting of industry players and regulators to discuss and understand the mining landscape. It was realized that although our mining reserves can extend past 2050, the way in which we are mining would not make it possible to reach 2022. It was concluded that we need a center for local research, development and innovation to try and change the way we mine in an effort to extend the life of our mining industry. At the same time, the third revision of the mining charter was in progress, and all parties realized that the development of the local manufacturing industry is key to the value proposition of the mining industry. In order for us to develop the manufacturing industry, we realized that we had to do a gap analysis by firstly defining a 'stake-in-the-ground' position, whereby we create a roadmap to develop suppliers and align them to service the mining industry, not only in South Africa, but the entire SADC region.

For us to exploit the opportunities in the SADC region and sub-Saharan Africa, our local manufacturers need to know how to serve the mining industry properly, in terms of products and aftermarket support. That will help to  develop the skills to export and exploit opportunities in other countries. Once we can serve the SADC region in an appropriate way, we can start competing in a global market. The question thus arose of how to develop local manufacturers to serve the mining industry in such a way that we can become international competitors. In an effort to reach this goal, MEMSA was established.

MEMSA is a cluster of equipment manufacturers that are managed by equipment manufacturers and funded by annual contribution fees. The cluster was set up through seed funding from the Department of Trade and Industry. We were registered as a legal entity in 2016, an opportune time shortly before  the release of the revised mining charter. I see the mining charter as a guide to develop local industry in a sustainable way.

Can you provide some historical context for the current state of the manufacturing industry in South Africa?

During the 1970s, South Africa acquired a huge amount of imported talent and products to build mines and local infrastructure. The local manufacturing industry was dominated by European craftsman that were allowed and incentivized to set up businesses, and in that way, the country built an enormous manufacturing skill set, albeit with imported skills. There were no incentives to leave legacies behind, which is probably the main reason why the manufacturing skill set is a dying breed.

At that time, the country was under significant pressure from the international markets to stop Apartheid, but the administration did not want to change. In 1986, almost the entire world had put sanctions on South Africa. The country’s economy took a huge knock, but on the plus side, South Africa was now forced to look after itself almost overnight. We were forced to develop even more local manufacturing capabilities, and this industry became so big that it become one of the driving forces of GDP. In the early 1990s, after the release of Nelson Mandela, South Africa was exposed to the global market and the ease of doing business on a global scale. South Africa was welcomed back into international markets, and the protected competitive edge (which was artificially bolstered with sanctions) that local manufacturers had previously enjoyed started to disappear, signaling the start of the local manufacturing industry’s decline.

To what extent is the mining industry in South Africa at risk of disappearing?

Mining as an industry will not die in South Africa, but the current technology and the limitation on technologies will limit the development of mines. The gold mining sector as we know it now will die a certain death if we do not start mining differently. It becomes technically too difficult to mine, and the cost associated with mining deeper is too expensive to make the mining operation economically feasible. We need to develop new technologies to mine more economically.

The ore reserves for most commodities in Southern Africa lie towards the north of our country and within the borders of other SADC countries. If we can create a more integrated Southern African region in collaboration with neighboring countries, there are significant opportunities to explore.

What is MEMSA’s long-term vision?

MEMSA has three key pillars – advocacy, marketing and transformation. We want to promote a more complete understanding of the mining charter requirements. There is still a significant amount of ambiguity that we would want to clear up, and therefore advocacy is required. The value proposition of the mining charter and the value proposition of MEMSA supporting the charter is very important. We aim to promote the interests of our members and the sector through advocacy and building of strategic partnerships. MEMSA’s vision is to position SA mining capital goods, components and product manufacturers as a cost competitive, innovative and transformative industrial cluster that is the preferred supplier to the local, regional and global markets.

We want to promote and support local technology development and acquisition, as well as the development of domestic, regional and other export markets.

Jake Klein
EXECUTIVE CHAIRMAN, EVOLUTION MINING
Evolution Mining explains the changes it has made to the Red Lake mine.
Mining
Canada
Australia