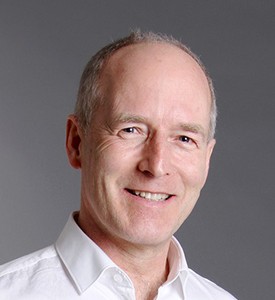 “This dolomitic marble covers 50 km up to the Ontario border, and that is all prospect for us. Sphinx’ current focus is on Calumet-Sud, but with more funding we will explore and test the whole belt.” 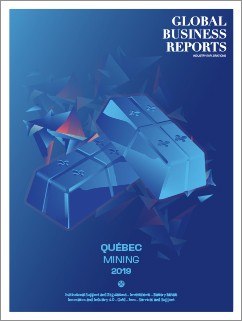 What have been the major developments at Sphinx Resources in recent years?

After selling gold assets in Northern Québec to the newly formed Québec Precious Metals Corporation (QPM), Sphinx has chosen to focus on zinc in southwestern Québec. We have a very interesting discovery in the Pontiac regional county municipality, with our partner SOQUEM, on a project called Calumet-Sud. What makes the project encouraging is that we can physically see the extensive zinc mineralization on the surface of the ground and rock. Sphinx has done a lot of surface sampling and recent results are very positive. Our goal is to carry the project forward to the drilling phase in order to confirm the presence of a resource.

Another major development has been a new relationship established with Osisko Metals. We will be working together to find more zinc in the Grenville geological province, where very little has been done in the past. In Australia, where more than half of the world’s zinc has been produced, they have very similar geology to the region where we are exploring. In 2018 we have focused on planning and designing the exploration program, and in 2019 we will go into the field and drill.

Why did Sphinx decide to sell its gold assets to QPM and shift its focus to zinc in southwestern Québec?

What type of mineralization can be found in the regions Sphinx is exploring?

The Grenville geological province is characterized by presence of dolomitic marble, which is white, coarse grained and contains zinc. It is also found in the Balmat Edwards mining district in upper New York State, where it has been prevalent for over 100 years. One advantage of this rock is that it is basic, meaning that there is no acid mine-drainage. Additionally, it is soft can be used to sell non-zinc material as a fertilizer. This dolomitic marble covers 50 km up to the Ontario border, and that is all prospect for us. Sphinx’ current focus is on Calumet-Sud, but with more funding we will explore and test the whole belt.

How do you see the fundamentals of zinc, and what would the discovery of a big zinc deposit mean to Québec?

Zinc is a great commodity because it will be valuable far into the future. There is research being done into the usage of zinc for batteries. Additionally, we are seeing China close down many mines for environmental reasons, and therefore they keep importing more concentrate. These factors will ensure that the zinc price stays at a strong level and even increase.

Zinc is found around the world, but for many years not much exploration was done and there were no major discoveries made as major mines were closing down. This put pressure on the price, and we believe that for our team in Québec, it is the right time and place, and we are confident we will have success.

What are the current challenges facing the mining industry in Québec?

One major challenge is obtaining the social license to operate. Without it, there is no project. Before beginning any project, there are various steps that need to be taken in order to build a relationship with the community where the studies and mining are taking place. Building this relationship takes time, and if something goes wrong the whole project can fall through very quickly. Obtaining permits is the official step once a project has been deemed socially acceptable, but it is secondary. This permitting also takes a lot of time and effort, and it is important that companies do what is required at every step of the way. This holds especially true in the crucial time before applying for permits.