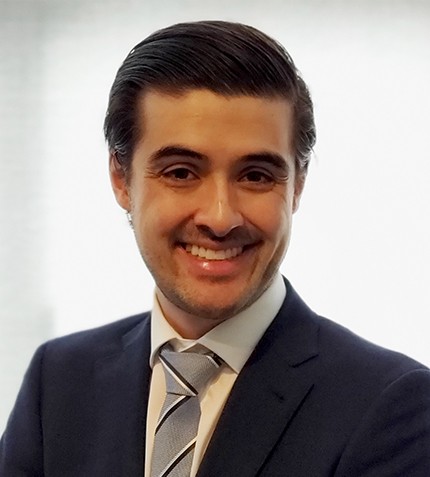 "We have recently transitioned from exploration to early stage development and have an exciting runway ahead of us."

Can you briefly introduce World Copper and explain how the company was established?

World Copper is Canadian junior based out of Vancouver, which started trading on the TSXV in January 2021. We own the Escalones and Cristal projects in Chile, and the Zonia project in Arizona.  Prior to listing, we were a subsidiary of Wealth Minerals where our chairman and founder, Henk van Alphen, is the CEO and chairman. Through Wealth Minerals, Mr. Alphen connected with Marcelo Awad, previous CEO of Antofagasta, and after seeing potential in the Escalones property, they founded World Copper to further advance the asset. We have recently transitioned from exploration to early stage development and have an exciting runway ahead of us.

Can you elaborate on the PEA for the Escalones project and the type of operation it shows?

Escalones is an SX-EW oxide heap leach operation and is the largest oxide copper deposit in exploration and development in Chile at this time. The initial capital is extremely low at US$438.4 million from construction decision. This has led to very impressive economics of approximately US$1.5 billion post-tax NPV and a 46.2% IRR at a US$3.60/lb copper price, with a payback of 2.18 years.

Can you explain what makes the LOM head grade of 0.38% Cu economic?

Looking at four oxide heap leach mines in Chile that are held by majors – Los Bronces, Gabriela Mistral, Lomas Bayas, and Zaldivar – their grades are in many cases lower than the 0.38% at Escalones. An oxide heap leach operation is considerably more viable for production as the economics are more attractive.

The PEA assumes water being available from the Rio Pangal Valley near El Teniente. Considering the issue of water scarcity in Chile, how are you preparing for this?

El Teniente is the world’s largest underground mine, and they draw water from the Rio Pangal Valley. We have envisioned building a pipeline into the Rio Pangal Valley under the assumption that our SX-EW operation would use approximately four times less water per pound of copper produced than the El Teniente operation. That being said, El Teniente is planning to build a pipeline from the coast to their project, and we are in discussions with them to come to an agreement where we can tie into that pipeline, giving us further access to water.

What access to infrastructure does the Escalones project have?

Escalones is 97 km southeast of Santiago and 35 km east of El Teniente, and there is a 60 km gravel road to the nearest community. The site is owned and well maintained by a local gas company, and we already have all the agreements and concessions to allow us to develop the mine. We have power access as there are many hydroelectric dams in the region that we can tie our grid access into. Furthermore, Escalones is at a relatively low elevation compared to other copper projects in the region.

What are the next steps to advance the project through exploration and development?

As fantastic as the economics are, Escalones has significant upside exploration potential. The resource we put in the PEA is only what we believe to be half of the overall resource. The other half has seen no historical drilling, but geologically it is clear that it is an extension of the main resource. There is also deep sulphide potential as well as three other copper porphyry skarn targets to the northeast that have never been drilled.

We have applied for permits that will allow us to conduct a 5,000 m drill program at the Mancha Amarilla lithocap that extends 1 km south from the main Escalones deposit. This will give us an indication if the resource is twice the size indicated in the PEA and will allow for more flexibility in our development options. We will then conduct footprint drilling on the northern Rio Negro target.

Starting 2023, we have envisioned a more detailed drill program that will allow us to upgrade the resource and prepare for a PFS and FS. Along the way we will be permitting, acquiring baseline information, and building community relationships. Currently, we are envisioning starting construction in approximately five years with mining operations starting two years after that. This is too perfect an asset to rush.