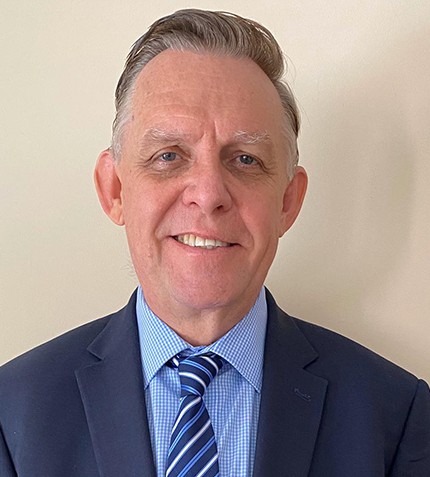 "At the moment, people want to see self-sustaining companies that are in production, rather than those which rely solely on drill holes. Altamira offers both near-term cash flow, as well as blue sky exploration potential."

Can you introduce Altamira Gold and describe the company’s focus in Brazil’s Alta Floresta belt?

Altamira Gold (Altamira) (TSXV: ALTA) (OTC: EQTRF) is focused in central western Brazil, in the north of Mato Grosso state and south of Pará, with nine projects covering 290,000 hectares over a prolific historical gold district – the Alta Floresta belt. The company’s flagship asset, Cajueiro, has a combined oxide/sulphide resource of over 700,000 ounces, which we intend to put into early-stage production within the next twelve months. In 2019, we were granted a number of key claims in the Apiacas project, which has a highly prospective disseminated gold target over 4 km2. In 2017, there was a staking rush in the south of the Alta Florest belt, with major base metal mining companies including Anglo American, Nexa Resources and Codelco staking over 3.5 million hectares of claims. In this area Altamira owns the Santa Helena project, which has copper, moly and gold values on surface which will be trenched and drilled in 2020.

On April 27th 2020, Altamira signed a definitive gold forward purchase agreement with Metalstream Ltd. How does this deal help the company transition from exploration to development?

Through the gold forward purchase agreement Altamira will be raising US$6 million, putting the company in the position to build the 1,000 tonne per day (mt/d) processing plant aimed at mining oxide material at Cajueiro. By the of end June, Altamira is due to receive the first tranche (US$1 million) of the agreement from Metalstream, with the rest of the money coming two months later. During the first five years of production, we pay back Metalstream 2,000 oz/y, at a strike price of US$600/oz. If the gold price goes above US$2,000, we split the difference 40/60.

I am currently in Bolivia putting together a team to build the plant, where I spent 23 years and held the position of president of the Chamber of Mines in Santa Cruz. We already have both trial mining and environmental licenses in place and as soon as COVID-19 lockdown measures are lifted, we will start work on the installation of the plant.

Why has the company decided to adopt a small-scale bulk sample production strategy?

From a mining standpoint, we have an easy task with the oxides on surface in the central part of the resource at Cajueiro, and the possibility to bulk sample mine enables the company to produce cash flow, processing 200,000 mt/y of material and taking out the oxides which will be a higher grade than the 1.2 g/mt average of the general resource. There will also be less stripping ratio as it is a small volume. Furthermore, we will be able to go through the full environmental licensing process over the next two years to be able to ramp Cajueiro up to a much bigger operation. Basically, this is the ideal springboard to get Altamira to the next phase without having to dilute the company’s share structure.

How much do you think recent volatility in Brazil impacts the country’s risk factor from a mining standpoint?

I believe Brazil is a much more favourable mining jurisdiction than many other South American countries, for a very simple reason. In 2019, the Brazilian DNPM (National Department of Mining Production) was rolled into the ANM (National Mining Agency), which meant nothing in its first few months of existence. However, gradually they have digitalized the forms and reports, and more importantly they have formalized procedures to give a set timeframe for processes. In 120 days an answer has to be given to each process, and this certainty is rare in South America. It has enabled Altamira to get the first bulk sampling license at Cajueiro, to get the environmental licenses on the Mato Grosso side of our project, and we are currently working on the permits for the Pará side.

Despite a strong gold price, the money has not trickled down to many small-cap juniors yet. Why do you think this is?

Majors such as Barrick and Newmont have doubled their share price in the past month, which will naturally draw the attention of investors. Even some smaller producers like Jaguar Mining, which runs the Turmalina gold mine in Minas Gerais, Brazil, saw their share price double from March to April. At the moment, people want to see self-sustaining companies that are in production, rather than those which rely solely on drill holes. Altamira offers both near-term cash flow, as well as blue sky exploration potential.

What are the next steps to advance construction of the plant and move into production at Cajueiro?

We are currently working on costings, topography, deciding where to put the tailings damn, and the type of leaching process we will use to extract the gold. As soon as we receive the first tranche of money from Metalstream, we intend to start construction of the plant straight away, assuming the lockdown will be lifted by then. We hope to have the plant finished by mid 2021 and move into production by the end of 2021. Altamira has defined goals, which start at achieving small-scale production, then securing the full environmental permit by 2022, while concurrently building the resource through trenching and drilling to show the blue sky potential of a land package we believe contains several million ounces. We would then go into a feasibility stage ready to ramp up to a much bigger operation in 2023.

Do you have a final message on what makes Altamira an attractive proposition for investors?

Altamira is making the transition from an exploration to a production company at the perfect time for the price of gold, and the perfect time in Brazil – a pro-mining country that has streamlined its permitting processes. The Cajueiro operation is very accessible and has no local indigenous population.

We also have huge exploration potential from the Apiacas disseminated gold Mutum target, as well as the porphyry copper high-grade gold play at the Santa Helena property, neither of which have ever been trenched or drilled. Artisanal miners took out 1 million ounces of gold at the Mutum target, located in the central part of the Apiacas project, in the 80s and 90s. Since they were only recovering 50% of the gold, that amounts to 2 million ounces over a 4 km2 area taken out of 10 vertical meters of rock – a significant geological anomaly. Altamira intends to drill both the Apiacas and Santa Helena projects in 2020, while our construction team builds the plant at Cajueiro.