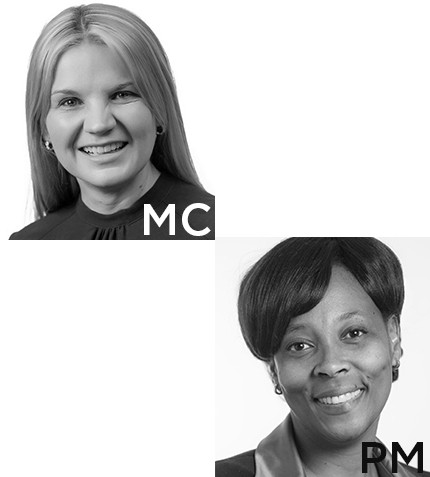 "We currently have over 4,500 people during construction, but in a highly-mechanized mine, we will not be able to have thousands of people working onsite. This is why we want to boost indirect job creation."

What is the history of Ivanhoe’s presence in the DRC?

MC: We had been in the DRC since the early 2000s, and we re-entered the country in 2006-07. We carried out exploration just outside of Kolwezi, and made the first new discovery in the DRC’s copper belt in many years. Now, we are moving into production at Kamoa-Kakula in the third quarter of 2021. This is our flagship project and it is a joint venture between Ivanhoe and Zijin Mining, while the DRC Government holds a 20% interest. The fact that this was a new discovery is very important for the country as most existing mines in the area were discovered long ago. We have accumulated expenditures of US$1.3 billion in this project so far, and we are quite far advanced to bring the first phase into production. The operation will have a 3.8 million tonne per year (mt/y) concentrator. Kamoa-Kakula will be developed in phases over the next years –it will basically be a mining complex due to the size of the ore body.

Besides, in 2011 we acquired a second project in the DRC, the Kipushi brownfield project that used to be a copper mine. We are partners with Gécamines and the project is just on the Zambian border outside of Lubumbashi. We are redefining the ore body and we need to develop the surface infrastructure. That mine can be in production in three years, but it requires some capital expenditure.

Could you summarize the company philosophy towards developing and operating mining projects?

PM: We always look at our operating model holistically. First, we have an internal focus and an external focus. In terms of the internal focus, we started with what we call our ‘resource perspective’, which is based on the kind of people that we hire, but also on the best technology to accomplish our goals. We need capable people to use the right technology. Also, we have internal business processes: the right hand must understand what the left hand is doing. We cannot have a technical function like exploration on one side, and then social people who do not understand the exploration models and the ore body. Equally, we cannot have finance people who do not understand our social strategies.

The next perspective is the stakeholders perspective, the world in which we operate, from government to community and from interest groups to media. We operate in Africa, and as a continent there are many governance portfolios, from the UN Sustainability Development Goals, to the African Union, to SADC (Southern Africa Development Community), so all these bodies need to be part of our perspective. Finally, we have the financial perspective. It is not just about money, it is about governance, how you distribute wealth, and how you comply with the mining charter in the places where we operate.

What aspects make Kamoa-Kakula a competitive project from a sustainability perspective?

MC: First, it helps to operate in a country that has abundant hydropower. The second attribute is the high grade: you need to mine a lot less material than in a mine with lower-grade copper. Also, Kamoa-Kakula is an underground mine, so you do not have the disruption of an open pit. The mine design incorporates the use of backfill, so the tailings footprint will be fairly small. We are in the process of conducting a carbon-per-pound of copper calculation, and we think it will be very competitive. What also helps is the attitude of the shareholders. We are already community-oriented, we believe in promoting local empowerment, and have a number of business initiatives to generate income sources in the area, such as fish farming.

Could you develop on your social development strategy?

PM: We currently have over 4,500 people during construction, but in a highly-mechanized mine, we will not be able to have thousands of people working onsite. This is why we want to boost indirect job creation. We do not want a legacy of impoverished communities after the mine is over. We want to diversify job creation, and also promote local economic development. Besides, we have made sure that the vulnerable groups really receive the attention they deserve, and women empowerment is a key element for us. In this area and others, such as fighting malaria, we have a strong participation in public-private partnerships.

How will a successful commissioning of Kamoa-Kakula help improve the DRC’s profile as a mining jurisdiction?

MC: The DRC has received some negative press recently due to the revision of the Mining Code in 2018, just prior to the election. There was a period of interaction between the mining industry and the government trying to reach some middle ground, but during election periods it is difficult to reach consensus around legislation. The fact that the country had its first peaceful election was a step in the right direction. Now, it is taking a bit longer for government to reach day-to-day stability, but we are very encouraged with the new president and we have an open dialogue with the different ministers.

This project shows that you can attract foreign investment from both China and the Western World. The country has so much endowment in terms of copper resources –we have only explored a fraction– so we are confident that the DRC will come out of this period of political instability and show the world it can be a destination of choice. Ivanhoe can really be a poster child, a flagship project that could attract further investment and show that you can build a world-class mine in the DRC.