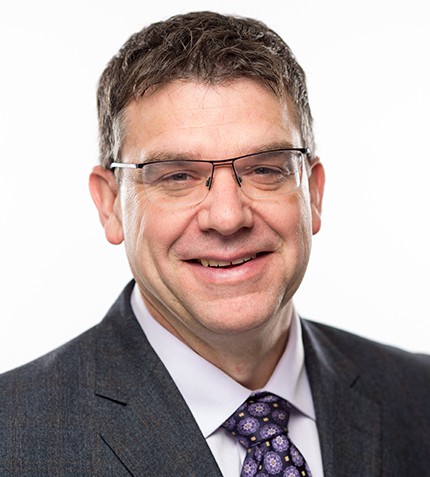 "Through the use of electric vehicles, we will be able to reduce 7,000 mt of greenhouse gas emissions and associated maintenance costs, as well as save the consumption of two million liters of diesel and one million liters of propane."

Can you provide an overview of Newmont’s Porcupine Gold Mines operations?

The company’s Porcupine Gold Mines operations include the Hoyle Pond underground mine, the Hollinger open pit mine, and the recently inaugurated Borden underground mine. Located in and around the Timmins, the Porcupine district has produced more than 67 million oz gold since 1910. Hoyle Pond has been in operation in excess of 30 years and, currently, approximately 60% the gold produced at Porcupine comes from this operation. At Hoyle Pond, mechanized cut and fill and longhole mining methods are used to recover the ore, and the mine typically produces approximately 150,000 oz/y gold.

The remaining 40% of the ore comes from the Hollinger open pit mine which is as much a reclamation project as a mining project. Hollinger was mined until the late 1960s as an underground operations, after which some companies mined some ‘glory holes’ near the surface and left a bit of an environmental mess. When Newmont acquired the property, we put a plan together to mine near the surface while addressing the stoping issues to stabilize the ground. Our operations are funding the rehabilitation of the of the impacts from historic mining operations.

The Borden mine near Chapleau is Newmont’s newest operation and has been in commercial production since 1 October 2019. As one of the most technologically advanced mines in the world, Borden is expected to produce approximately 1,800 mt/d at about 6 g/mt gold. The three operations combined should deliver approximately 300,000 oz/y gold. The Dome mine ceased operations in 2017, but ore from our three operations is sent to the Dome processing facility using a circuit that includes crushing, grinding, gravity concentration, cyanide leaching, carbon in pulp recovery, stripping, electrowinning and refining.

The Borden mine has been heralded as Ontario’s “mine of the future”. What are some of the latest technologies being used in the mine?

Borden’s digital mining technologies, low carbon-energy vehicles and modern health and safety controls position it as one of the world’s most technologically advanced mining operations. We continue moving Borden towards an all-electric mine. Currently, all of the drilling operations, rock support systems, personnel carriers, and scoops that move the rock to the trucks are electric. We are working with a few suppliers to acquire battery operated trucks, which will replace our remaining diesel operated vehicles in the near future. We expect to be fully electric by 2021.

We are implementing better tracking and ventilation-on-demand systems in the Borden mine, as well as new blasting technologies that improve accuracy and reduce the amount of explosives needed. We are also focused on managing our water use as efficiently as possible.

As a reward for our investment into safe and sustainable mining, the Canadian and Ontario governments each provided the company with C$5 million for the electrification of the mine. Through the use of electric vehicles, we will be able to reduce 7,000 mt of greenhouse gas emissions and associated maintenance costs, as well as save the consumption of two million liters of diesel and one million liters of propane.

Can you elaborate on Newmont’s relations with the indigenous communities in the Timmins and Chapleau region?

What are Porcupine Gold Mines’ principal objectives and targets for 2020?

The Borden gold project replaced the Dome mine, which was shut down in 2017, meaning that production at Porcupine will only increase slightly in the short-term. However, at Borden there is great possibility for expansion through further exploration. Since the merger, the implementation of Newmont’s Full Potential continuous improvement program will allow us to enhance safety, productivity and efficiency. Newmont aims to always operate in a safe, environmentally responsible and sustainable manner while achieving competitive productivity and cost targets. This will allow us to compete internally for capital to invest in future expansions that generate superior returns in a safe and responsible manner.

Jake Klein
EXECUTIVE CHAIRMAN, EVOLUTION MINING
Evolution Mining explains the changes it has made to the Red Lake mine.
Mining
Canada
Australia