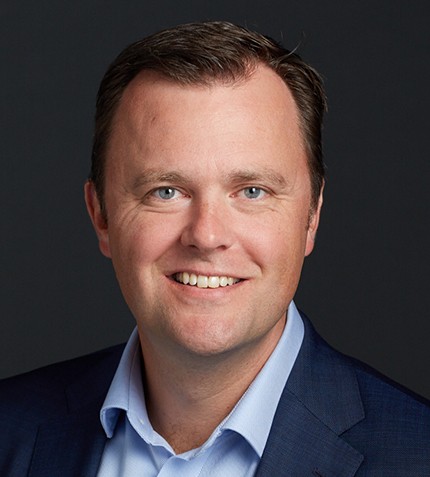 "This expanded program will allow us to accelerate advancement of Enchi and drill not only our near-surface oxide gold targets but also complete the first deep drilling on the project."

Earlier this year, Pinecrest announced a name change to Newcore Gold. Could you briefly introduce the company?

The change of name to Newcore Gold marked a recommitment to our 100%-owned Enchi gold project in Ghana. Enchi used to be under the leadership of Red Back Mining and we bought into the asset, investing US$5 million in return for a 51% stake. Shortly after this deal, Red Back was acquired by Kinross and Enchi became part of Pinecrest Resources that ultimately acquired 100% ownership of the project. From there, drilling was completed along with a Preliminary Economic Assessment in 2015, which documented the potential for a heap leach operation. Historically, the project has seen over 88,000 metres of both diamond and RC drilling, as well as trenching and tens of thousands of soil samples. This data feeds into our geological interpretation and has helped to de-risk the project. When I joined the company in May this year, I was very excited about the foundation that the historic work provided and the strong exploration potential of this asset. Based only on the historic work completed prior to 2020, Enchi hosts a 1.2 million ounce inferred gold resource, and we ultimately see potential to significantly grow this through drilling. I’m excited to be advancing Enchi and unlocking its potential with a significant drill program underway as we increased our 2020 - 2021 drill program to 58,000 metres on the back of our financing, targeting both discovery and resource expansion drilling, as well as the very first deep drilling planned on the project.

Recently, Newcore announced intersecting the longest gold intercepts drilled to date at Enchi. Could you give us an idea of the upside potential the asset offers?

Enchi is on the Bibiani Shear belt, one of the two preeminent greenstone belts running through Ghana. Newmont’s Ahafo, a 15.5 million ounce gold resource, is found on this belt, and we are also directly situated to the north of Kinross’s Chirano mine, which has gold production guidance of 200,000 ounces annually and 5 million ounce in historical gold resources. Within our 216 km2 property, there are approximately 100 km of shears, and we have identified over 25 targets using VTEM airborne geophysical survey. Out of these targets, we have only tested six to date, with most of that drilling focused on three zones that comprise our existing resource. Additionally, we have only drilled down on average to a depth of 50 metres, with our deepest hole to date reaching 175 metres, but the geological model of greenstone deposits is that they double or triple in size at depth.

What are your comments regarding the attractiveness of Ghana as a gold mining jurisdiction?

Historically, there have been more than 200 million ounces discovered, with over 100 million ounces of gold produced. Its legacy in gold production shows not only through the significant number of skilled workers but also in the country’s highly cooperative government. Our Enchi gold project also benefits from highly developed infrastructure such as a paved road that reaches directly to the project with a power line running alongside that road. The town of Enchi with its 15,000 people offers most of the local services we require.

How do you believe the rise in the gold price filters down to the junior space?

There has been a significant increase in the amount of interest in the exploration space over the last six months; matching this interest, we have also seen significant capital raised for exploration projects around the world. If in the past five to seven years the sector was dominated by dedicated investors, we are now seeing the return of generalist investors, and some institutional appetite, together increasing the existing pool of capital. As with every cycle, money flows first into the large companies, but as these become more expensive, cash begins to trickle down to the mid-caps and eventually to smaller explorers. M&A has not yet been very active, but the bigger companies have increased their cashflows in Q2 and Q3 and will soon start looking at replenishing their pipelines from a development perspective; this is where the exploration companies will come into play.

What is Newcore Gold’s current funding strategy and what is the profile of your investment base?

Newcore Gold is 32% management and insider owned, so we have strong shareholder alignment. We completed a C$3 million raise in May to fund an initial 8,000 metre exploration program, and at the beginning of November we closed a C$15 million equity financing which has allowed us to significantly expand our drill program by another 50,000 metres. This expanded program will allow us to accelerate advancement of Enchi and drill not only our near-surface oxide gold targets but also complete the first deep drilling on the project. Through our latest financing, we brought to our register both generalist and specialist investors on the institutional side, so we are very fortunate that a company of our size can attract the caliber of investors that are supporting us today.