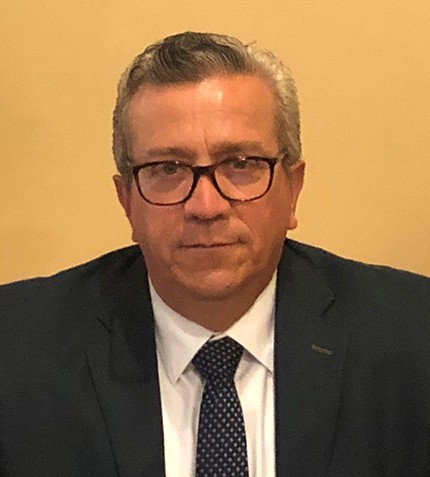 "We grew significantly in a variety of sectors, from avocados, peppers, tomatoes and berries to beer and tequila. Until November 2020, exports of agricultural products had also increased by nearly 5%."

What is UMFFAAC’s mandate, and how was the industry affected by the pandemic?

UMFFAAC is the Mexican Union of Agrochemical Manufacturers and Formulators, whose members are primarily companies involved in post-patent products. UMFFAAC’s vision and mission is to defend the interests of the crop protection industry in terms of its relationship with the authorities and, working within the framework of regulations, to support food production in a safely manner.

Agriculture is a very important industry. With Covid-19, people stayed at home and looked at healthy options for their meals. In this respect, the agricultural sector had much better results than initially expected. Until November 2020, it had recorded a US$11.4 billion surplus, or a 43.2% growth year on year. Our slogan has been “the field cannot stop”, and indeed it has not stopped for a single minute. Mexico’s great advantage is that our fields are outdoors, therefore, we could continue operating.

We grew significantly in a variety of sectors, from avocados, peppers, tomatoes and berries to beer and tequila. Until November 2020, exports of agricultural products had also increased by nearly 5%. We are happy that the free-trade agreement will continue to be a central component of trade in North America under the new US government. We are very enthusiastic about the growth levels we can achieve once the pandemic is over.

What are the main concerns of UMFFAAC’s members at the moment?

Currently, the main concern is that the government is not valuing the private sector’s opinion when defining public policies. In November 2019, SEMARNAT unilaterally suspended the import permits for glyphosate raw materials. Glyphosate is the most economic herbicide solution, and it is very important for countries like Mexico that has tropical and subtropical climates. As a result of this, there was a shortage of glyphosate and prices went up by 30 to 40%.

In Mexico, over 60% of agriculture producers work in small properties of less than five hectares. Those farmers do not have money to buy a tractor, so they need glyphosate, demonstrated to be economic and highly effective with low toxicity. There are many opinions worldwide for and against glyphosate, but 120 countries continue to use it, including the U.S., Canada, Argentina, Brazil, and part of Europe. In Mexico we do not have GMOs, so glyphosate is only used by the small producers and obviously by the commercial farmers.

Could you tell us about the Campo Limpio initiative to avoid packaging waste at farms?

Campo Limpio is an initiative by Amocali, a joint association between UMFFAAC and PROCCYT that looks at the responsible disposal of empty packaging of agrochemicals. In this respect, we have set up collection centers and we are constantly campaigning and training farmers and agrochemical producers to raise awareness. In Mexico there are 75 CATs (temporary collection centers), of which 15 are managed by Amocali, and we also support with our transport capacity the other 60 centers. Over the first three quarters of 2020, we collected 1,667 metric tons of packaging.

In what other areas can food production become more sustainable?

The crop protection business is evolving, as agriculture moves toward a low-impact and zero-waste activity. We want organic agriculture to be part of the matrix, but it is still a long road ahead. We look at the sustainable development of the sector, and the crop protection business has to be part of that evolution. We have worked with the authorities and already eliminated those products that have shown toxicity. Moreover, as an association we need to educate food producers on what to use and how to use it in their farms.

The knowledge that we can bring to the table is very valuable. Of the 15,000 people employed by UMFFAAC members, nearly 5,000 are engineers. As the world grows and requires more food (the estimate for 2050 is a population of 9.5 billion people), the issue is not just how to produce more food, but to have better food. We have obesity and diabetes, diseases caused by a bad diet, that affect poor people in particular. So, we need to contribute to a better diet. Finally, we need to promote the formal sector. In Mexico, probably 30% of the market is in hands of pirate products (non-regulated products on the market) with no registration, and that is dangerous because that can have a great impact of the credibility of our country as a food producer.