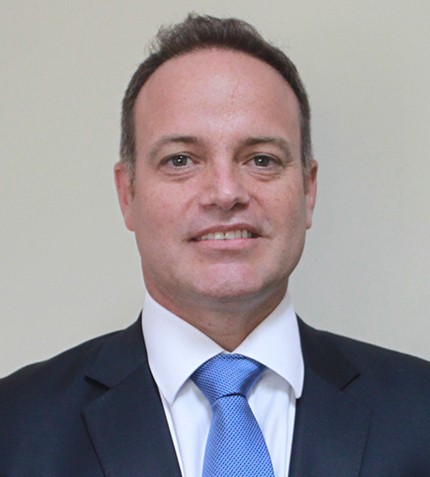 "Mining investment is expected to increase, as long as the Peruvian president demonstrates his desire to govern for the development of the country. This will be achieved with serious economic policies that facilitate the export of the minerals, as well as offering security and support to foreign investments."

Can you explain the evolution of the mining sector's relationship between Canada and Peru?

According to figures from the Government of Canada, bilateral trade between the two countries totaled C$4.3 billion in 2019 and we have approximately 200 Canadian companies present in Peru. Canadian direct investment in Peru amounted to C$14.2 billion, mostly in the extractive industries and financial services sector such as Scotiabank, making Peru the third largest investment destination in South and Central America. Likewise, Canada has a long commercial history in Peru and has an important presence in the mining sector. I would like to highlight that of the C$14.2 billion mentioned, mining represents almost C$11 billion: we are talking about 77%. Also, according to MINEM, regarding the exploration investments made by 11 countries, Canada is the biggest investor with an estimated US$72 million, which represents 23% of the total. More than 56 Canadian companies operating in Peru are listed on the TSX.

According to information that we have so far from the MINEM, until 2028 the mining portfolio of Peru has US$57.7 billion of investments planned for 48 projects. Canada represents the third biggest investor within the portfolio with 17% (approximately US$10 billion).

I want to highlight that the Government of Canada encourages Canadian companies to adopt and adhere to a CSR policy that has played an important role in promoting CSR in Peru through projects designed to improve the management and sustainable use of natural resources. A large part of the Canadian mining companies in Peru have implemented socio-economic programs designed to improve the quality of life of rural communities. In addition, the Canada-Peru Free Trade Agreement encourages Canadian and Peruvian companies to follow internationally recognized standards, practices and principles of CSR.

What do you think makes Peru attractive as a mining jurisdiction, and how could it be improved?

Peru is an attractive country for investment because of these main points: First, internationally recognized macroeconomic soundness; second, a favorable climate for investment; finally, a policy of integration and trade openness sustained over time. Another element that undoubtedly increased mining investment in Peru has been the revision of environmental laws in such a way as to reduce socio-environmental conflicts to a minimum. The mining sector is of the utmost importance to the Peruvian economy, particularly with regard to exports and investment, that generate both direct and indirect employment increases.

Political stability is a fact of vital importance for the increase of investments, which in the long run will generate more jobs, greater benefits and development of a country. The confidence generated by the Peruvian government in the private sector will be essential to increase investment in the mining sector. President Francisco Sagasti in this transition period of his government must establish a policy of support for the mining sector: he knows he can take advantage of the increase in mineral prices.

Mining investment is expected to increase, as long as the Peruvian president demonstrates his desire to govern for the development of the country. This will be achieved with serious economic policies that facilitate the export of the minerals, as well as offering security and support to foreign investments.

Mining represents 50% of Peruvian exports with figures that reach US$4 billion per year. Peru has 15% of the world's copper reserves and 7% of the world's zinc reserves, and to date it is estimated that only 12% of these reserves have been extracted. This means that with a significant private investment and using the appropriate technology, the production and therefore the exploitation of these metals can be tripled, becoming the main suppliers of countries such as the United States, United Kingdom and Switzerland. From 1990 to date, mining sector exports have increased 500%, and the privatization of the Peruvian mining company has stimulated investment by more than 100 foreign companies.

What work does the CCCP do to promote business and investment in Peru?

The CCCP has solid business platforms, which help to boost supply and demand among the mining companies, large suppliers of the mining sector and global investors and entrepreneurs. This platform is hosted on the Chamber's website and in this way mining companies are able to consolidate their business requirements with the entire circle of interest. Likewise, our participation in international and national trade fairs help to manage business and investments in our country, such is the case of PDAC, Perumin and Expomina.

Canada will be the guest of honor at Expomina 2021. Therefore, our chamber, with the support of the Canadian Embassy, will devise and develop a robust agenda for Canadian representatives. That is, the chamber will be in charge of contacting and attracting important Canadian representatives from the public and private sectors linked to the mining industry.

It is essential for us to be able to attract top-level representatives of the Canadian Government to Expomina Perú 2021, who will act as key players and who can forge truly meaningful links with their Peruvian counterparts. The only way to recover the economic growth of Peru is to work with other countries towards the same objective. We are also looking to attract senior representatives from leading Canadian mining companies, both producers and explorers. Likewise, we want to count on the participation of the most prominent mining suppliers.