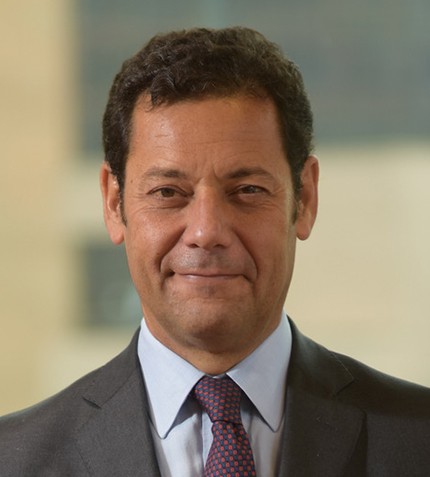 Could you provide us with some context about Consejo Minero?

Consejo Minero is an organization that is 22 years old and brings together the major mining companies in the country, which account for 97% of copper production, 71% of silver, 55% of gold and 97% of molybdenum. We have four fundamental targets. The first is to communicate what the mining industry does in terms of investment, profitability and taxes. Second, we try to foster a competitive and sustainable industry. Thirdly, we have the mission to participate in the discussion of public policies that affect the mining industry. Finally, we are focused on promoting the improvement of the skills of workers in the country. We are in contact with educational organizations to ensure that the training and education of workers is keeping pace with technological changes in the industry.

What are the medium and long term prospects for the mining industry in Chile?

Mining production in Chile grew considerably until ten years ago and then stabilized at around 6 million mt/y of copper, which means 27% of the world's copper, making it the largest producer in the world. This year we will probably see a small decrease, but production will be around 5.9 million mt/y of copper. The industry has the capacity to produce that amount of copper for at least 30 more years.

From the perspective of investment, we have a pipeline of approximately US$72 billion in new projects to be developed over the next 10 years. 58% of that portfolio is highly likely to happen, the rest will depend on factors such as the copper price, which has been kept low by the trade war between China and US. We will have a sustained increase in demand for copper in the world that, according to market projections, will not be able to be satisfied, so there should be an upward pressure on the copper price, which would make it possible to execute all the projects.

October and November have been very hard months for Chile. We believe that the social unrest is transitory, but it will mean profound changes to certain public policies in the country. This will help improve the quality of life for many Chileans who are suffering from not having access to basic services. We expect that violence is going to be controlled and we are optimistic in our belief that regulation of the mining industry will not change dramatically. To undertake these changes all Chileans will have to pay more taxes. In Chile, mining pays around 40-43% of taxes; it is second only to Australia in taxes paid. There is not much room to raise taxes in the industry. However, I believe that all productive sectors will be affected by an increase in their taxes.

What are the biggest challenges that Chile needs to overcome in order to entice investment?

The first challenge is meeting environmental standards, which are higher and more demanding for the industry. We have worked hard on becoming a more sustainable industry. We have energy efficiency standards similar to Australia, US and Canada. We have incorporated desalinated seawater into our process that already represents 23% of total water used and, in a decade, we should reach 45%. The mining companies are forcing the electricity generating companies to change their grid to provide us with clean energy.

On the other hand, there is increasing demand from the communities surrounding mining projects to enjoy more benefits directly from mining companies. Therefore, there is a tension between the central government that wants to receive all the resources and the communities that want the resources directly. We have the challenge of convincing the government to leave more resources for regional governments so that the benefits are felt faster. All this requires regulatory changes. The environmental regulations of the 1990s do not satisfy the requirements of transparency of participation and technical standards demanded by a world that has evolved greatly in the last three decades.

What is the current situation of large miners in terms of the use of desalination plants?

There is a trend in Chile where open pit mines are transitioning to underground operations. What are the implications of this transition?

It is a paradigm change for Chile, which has been characterized by having large open pits, with the exception of El Teniente. Chuquicamata, after being the largest copper pit in the world for many years, is going underground. The expansion of Los Bronces is also planned to go underground. This generates challenges and opportunities. The underground deposits imply stopping the exploitation of many mining resources buried, but they have less impact on the surface, so places where there are glaciers or vegetation remain intact and, in addition, it generates less dust. On the other hand, it is a great opportunity to introduce technological changes in the field and have more machinery that is remotely operated, which improves safety and efficiency.

What are the reasons why Chile has a high cost of production?

We have a higher energy cost because we had stress in our energy grid for many years, which led companies to sign long-term contracts at prices of more than US$100 per MWh. That is more expensive than in Canada, Australia, US or Peru. This problem is being solved because tenders have changed and renewable energy is now being introduced, which is causing prices to decrease. Another reason for the high cost of production in Chile is that our workforce is expensive. Salaries for Chilean miners are similar to the US, Canada and Australia. However, productivity is lower. Lastly, Consejo Minero is working to promote a more reasonable legal framework in which the approval of projects does not take so long.