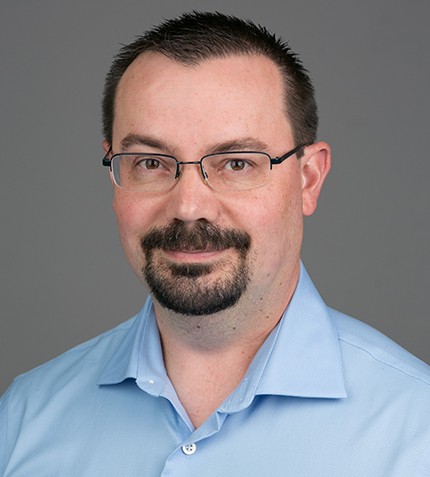 "We do a lot of problem solving and are experienced at getting from the R&D round bottom flasks into reactors at scale."

How has Cascade Chemistry evolved?

When I took over, I realized that a six-employee R&D company was not sustainable, and we had to figure out how to grow. It took a couple years, but in 2014 we started adding new lab space, new people and we went out and tried to find new clients and jobs. Performing R&D for pharmaceutical companies still remains our core, but our focus now is on process development, scale up of API's and getting from the R&D stage into manufacturing for GMP.

What are the key problems Cascade helps clients solve?

Typically, there are two primary problems customers come to us with. First, when their API lead compounds are still in discovery, they may have made a few grams of it, but now they need to figure out better chemistry, how to scale it up, and develop a process suitable for manufacturing at scale in a GMP environment. Initially, this is for clinical trial material but should be suitable for eventually metric ton scale. We have a great team that knows how to develop new chemistry routes and knows what to look for in scaling up. We do a lot of problem solving and are experienced at getting from the R&D round bottom flasks into reactors at scale. We also know the regulatory requirements necessary for that.

The other issue clients come to us with is they may have had another manufacturer running a Phase I GMP batch but the chemistry was not well worked out; it was rushed into manufacturing. They come to us to fix the process. We dedicate process chemists to look at it with a new set of eyes, and we fix the issues making it more scalable and more suitable for later stage manufacturing.

Can you provide an example of a success case Cascade helped facilitate?

In one case we received a process that another CDMO had been working on. The initial chemistry had issues with low temperature requirements, unusual chemistry needs, and poor yields. At the time we received the RFP for this we came up with some initial ideas on how to improve it. We put those into a proposal to the client, and because they saw the high degree of thought that went into the proposal, they awarded us the project. At the same time, they signed with a second company for other parts of the project. We were able to start the chemistry, solve some problems before the larger CDMO was even able to sign a contract. We are still working with that company today manufacturing more than 100 kg of their RSM.

What opportunities does Cascade see to grow its API contract business?

Our growth in the last few years has been very organic and client driven, as our clients are always asking us for larger scale and greater capacity. Client need got us into GMP manufacturing, and client need is driving us toward commercial API manufacturing. We recognize this need for expanding GMP API in terms of scale and capacity and therefore are constructing our new facility. There are also many opportunities for clients getting new drugs from discovery into early clinical trials.

Why has there been a push to onshore GMP activities?

It has become more troublesome to ship and receive materials from overseas, especially API's, which get held up in customs. Things are slower outside of the US, so there has been a big push to onshore a lot of the GMP activities.

What are your views on running a CDMO out of Oregon?

The University of Oregon is here in Eugene, Oregon State is a 40 minute drive away and both have great chemistry programs in organic synthesis. University of Oregon has its new Knight Campus where its focus is on translating professors' research into new companies, and also training students for industrial positions in the pharma industry. We are able hire many quality recruits from the universities. There are also other manufacturing sites in Oregon that we have been able to tap into including other CDMOs  and larger scale manufacturers. About a third of our current workforce has some ties to the Oregon area, but we recruit nationally as well.