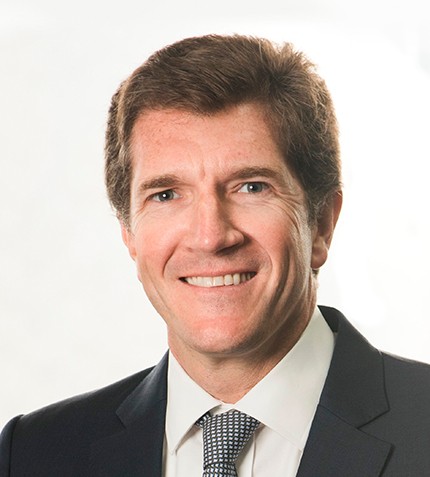 "Exploration is the top pillar in Hochschild’s growth strategy, which also includes brownfield, greenfield, early stage projects and M&As or JVs. In the case of brownfield exploration, it is where we believe we can generate the most value."

From a mining standpoint, how do you think the Peurvian government has dealt with the pandemic?

It was a very atypical situation, but the signals and messages we got from the government were not clear. Some companies interpreted that they could continue operating to some capacity, while others interpreted that they had to stop. Hochschild took a conservative approach and put the health and safety of its people first, shutting down operations apart from essential care and maintenance, such as water treatment and ventilation. Then, the government took way too long to classify mining as a critical activity for the country. Argentina, where mining is not nearly as important to the economy as it is in Peru, decided to put the sector as a top priority and operations restarted after one month, compared to three in Peru.

To what capacity have Hochschild’s operations resumed since lockdown ended, and how has this impacted the company’s annual production guidance?

When operations restarted, we were able to ramp up very quickly, getting close to full capacity at Pallancata. At Inmaculada, despite adhering to very strict protocols, we had some infectious cases and closed for a further three weeks. We decided to focus on the habits of the employees, to help them get used to the new way of operating, as we believe this is where many of the issues stem from. As of August, we were back to over 90% of capacity at Inmaculada. At the San Jose mine in Argentina, we were able to ramp up more quickly, but to a capacity of around 70% due to rising Covid cases in the Santa Cruz province.

Due to the impact of the pandemic, we have cut 2020 production guidance to 280,000-290,000 gold equivalent ounces (AuEq Oz), with AISC raising slightly to US$1,250-US$1,290 AuEq Oz. Despite the ongoing restrictions in both Peru and Argentina, we expect to deliver a solid second half of production with strong cashflow generation.

What measures have been taken to extend the mine life at Pallancata and Inmaculada?

At Pallancata, we were waiting over three years to get the permits that were required for drilling. However, we now have more drill targets than we have ever had, and intend to drill aggressively over the next 12 months to extend the life of mine (LOM). At Inmaculada, we did our first drilling campaign outside of the Angela vein in 2018, finding over 1 million ounces of gold, albeit at a lower grade than Angela. In 2019, the focus was on grade, and we found a new area north of Angela with five main structures – Susana Beatriz, Salvador, Facundo, Noelia and Pilar. With this discovery we were able to find another 50 million ounces of silver, as well as improving the average grade of our new resources. In 2020, we are focusing on finding additional potential areas, adding inferred resources, and converting as many inferred resources as we can to measured and indicated resources and to reserves.

Can you elaborate on the option agreement between Hochschild and Skeena Resources, and the potential you see in their Snip project?

Hochschild made a private placement of US$4 million to Skeena to be used in drilling their Snip property in the Golden Triangle, British Columbia. It was drilled in 2019, and this year they put up a promising resource estimate with an excellent average grade of 14 grams Au per ton. The 2020 exploration campaign at Snip should start in October, which we hope will improve the tonnage. Hochschild has until 2021 to decide whether we want to take control of the project with a 60% stake, by doubling the amount they have invested so far, which would equate to another US$40 million in the ground to advance the project through to feasibility stage.

2020 has been a political rollercoaster for Peru, with numerous changes to the Ministry of Energy and Mines. What do you think are the main challenges facing the newly elected officials?

We have the highest respect for both Luis Miguel Incháustegui and Jaime Gálvez because of their history in the mining and public sector, and are enthusiastic about the positive attitude they have shown at the start of their new roles. The main challenge the government has is to accelerate the permitting times, particularly to clarify the issues surrounding the prior consultation, which is in dire need of fixing. The Ministry of Environment is also very important for the mining industry, and must work in unison with the Ministry of Energy and Mines and the private sector to help regain Peru’s competitiveness.

I am convinced that the only way that you can ensure long-term sustainability between mining and local communities is through a long-term mutual agreement between them. It is a road to nowhere if government is trying to impose certain things when either of the parties is not in agreement. The government should play the role of facilitator when required, set the tone and increase efficiency.

Looking ahead, what are Hochschild’s priorities and what is the company’s growth strategy?

Exploration is the top pillar in Hochschild’s growth strategy, which also includes brownfield, greenfield, early stage projects and M&As or JVs. In the case of brownfield exploration, it is where we believe we can generate the most value, by increasing LOM, improving grades, and allowing us to put certain assets back into production, such as Arcata. We now have all of our permits to drill a wide range of targets including Crespo, Arcata, Corina, Cochaloma, Pablo Sur and Palca, and I do not recall having a more loaded second half of the year with so many meters to drill.

Hochschild also plans to be active in M&A across the Americas, in jurisdictions that have the right mix of geological potential plus solid economic and political environment. This could be through a JV, like in the case of Snip, Pallancata and San Jose, but also through outright acquisition, if the conditions allow a good return for our shareholders.