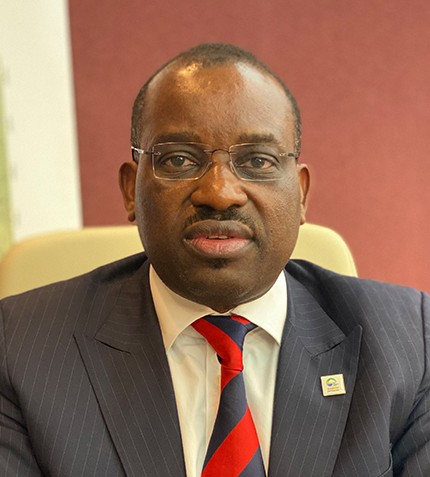 "What the history of oil discovery in Gabon is teaching us time and again is that the level of reserves has been repeatedly underestimated and findings often exceeded expectations."

The oil sector has played a significant role in Gabon’s development. What have been the key developments at the heart of the industry’s evolution?

The oil sector in Gabon started gaining attention in the 1950’s with discoveries made in the vicinity of Port-Gentil. During the 1950’s, SPAEF, which is today’s Total Gabon, discovered the Ozouri field in Port-Gentil and, approximately 10 years later, the Gamba field was discovered by Shell. These fields remained central for many years, with Gamba field still producing today. Gabon’s reservoirs could be classified in pre-salt and post-salt, both entailing different interests. While the first discoveries were pre-salt, activity moved post-salt, which led to others discoveries, including Anguille, Torpille. During the 1970s, Gabon saw a boom of E&P activity, which led to significant increases in oil production. Rabi-Kounga, Gabon’s biggest discovery, was made in 1985, and in 1997, national production reached a historical peak of 375,000 bopd. Since then, production has either stagnated or declined and minor, ancillary discoveries have only helped to stabilize or reduce the decline.

What potential for future discoveries still exists in Gabon?

What the history of oil discovery in Gabon is teaching us time and again is that the level of reserves has been repeatedly underestimated and findings often exceeded expectations. When the first oil discoveries where made, people were thinking about small, non-commercial to very marginal fields, but decided to go into production anyway. More than 50 years after first oil, some of these fields are still producing and turned out to be among the biggest fields south of the Sahara. Initial production lifetimes have been revised on many occasions.

Gabon’s rich multiple reservoirs plays and source rocks never ceased to surprise. This goes to show that there are more reserves in Gabon than we originally thought. Operators who originally signed for 20 years find themselves renewing their contracts and staying in some cases for over 40 years.

Moreover, we live in a world where geology is connected and seeing discoveries being made both in the southern regions (Congo, Angola) and the northern (Equatorial Guinea, Nigeria), Gabon is located right in the middle.

Hence with the right exploration efforts, we are quite certain that new discoveries are waiting. The change is that most discoveries until now have been located in onshore and shallow waters, but today we need to focus on the deep and ultra-deep water.

The new oil code which came into effect in 2019 considerably improves the fiscal conditions for E&Ps. Does this come at the right time for investors?

The new oil code offers some of the best fiscal terms in the region in the hope to attract investors to green areas. This requires the imagination and willingness of investors and, on our side, we needed to make sure that they are confident of receiving a return on their investments. The new code brings all the incentives, investment conditions and fiscal terms that investors will look out for. It has introduced a longer exploration period, more relaxed economic and fiscal terms and generally more flexibility in the execution of contracts. The Gabonese government has also introduced an exploitation agreement with the idea to promote the development of marginal or mature fields which are not always economically under the classic Production Sharing Contract (PSC) conditions.

One of the main reasons why the 12th Licensing Round has been extended was to incorporate these changes brought by the new oil code. What are your expectations in terms of bringing in bidders by the end of April when the deadline is reached?

We realized that many investors are not familiar with Gabon’s new oil code and we are making efforts to create awareness. When we set out to start the 12th Licensing Round in 2018, Gabon was due to set guidelines to help bidders orientate themselves and prepare their expectations. However, we reached January 2020, very close to the deadline, without any of these conditions made available for potential investors. This is why we had to extend the Licensing Round to set up the right climate, with exact provisions for every scenario, from shallow, to deep water and ultra-deep waters exploration. In the current live round, we offer not only 35 blocks, but also open acreages, which add up to another 32 blocks.