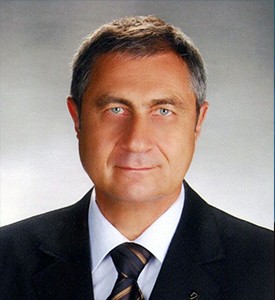 "The most profitable route would be to invest into the development of new molecules, but we are not there yet. Given these circumstances, we need to focus our innovation efforts within the existing molecules. The vision of our industry should not be limited to sub-contracted production." 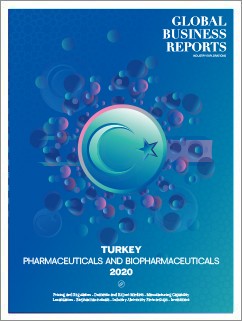 Nobel distinguishes itself not only as one of the largest indigenous pharma companies, but also the only one which doesn’t run a trade deficit. What has secured Nobel’s success in export markets?

Nobel’s presence in foreign markets dates back to the 1990s and, in the past decade, we have been exporting more than importing, at a time when the Turkish pharma industry incurs an annual current deficit of around US$4 billion. Nobel relies on a team of 1,500 employees in 20 countries other than Turkey, with production in two of these countries. But it hasn’t always been plain sailing. We experienced major challenges in every place we started our operations, yet we were perseverant and maintained our commitment. This year, we are the national leaders in drug exports.

How do you believe Turkey could increase its exports and compete in the global market? Are current initiatives in the right direction?

The most profitable route would be to invest into the development of new molecules, but we are not there yet. Given these circumstances, we need to focus our innovation efforts within the existing molecules. The vision of our industry should not be limited to sub-contracted production.

Reflecting on Nobel’s evolution since its foundation in 1964, what do you identify as some of the most significant crossroads in its growth?

Nobel’s activities started in 1964, and the company was integrated under Ulkar Holding in 1979. At the turn of the millennium, Nobel moved production to Düzce and opened the first office abroad, in Uzbekistan, which was to become the first GMP certified production site in that country. Since our facilities obtained the EU GMP certificate, we went on a growth ramp, with one of our products, Etol, becoming Turkey’s highest turnover pharmaceutical. The latest focus at Nobel is our investment in biotechnological and high utility products. In this sense, Nobel joined the Turquality programme in 2014, before starting orphan drugs which were previously dependent on imports in Turkey.

Nobel is the first company supported by the government in the development of biosimilars in line with the 2023 vision. What is the progress made by the company in this sense?

Nobel was the only file selected out of the 28 applications of 23 pharma companies submitted to the bid for “development and production of biosimilars” led by TÜBITAK (The Scientific and Technological Research Council of Turkey). To me, the sine qua non requirement to exist in the future is to be present in the biotechnology market. Market share of biotechnological products has already reached 20% in our country and I have no doubts it will account for 50% very soon. We are determined to be an important player in this segment.

What significance does the Turquality program have for its members?

The Turquality program was designed with a view to create Turkish brands in the global market. It is a project devised to find a solution to the chronic current account deficit problem of our country, and so far it has been an encouraging initiative for the industry.

Investing 5% of its revenues in R&D, and having started the knowledge sharing platform Nobel Medicus, Nobel has played an important role in driving innovation in Turkey. How do you consider Turkey could increase its innovation agenda?

Nobel indeed spares around 5% of turnover every year for R&D activities, but we would like to allocate more, should the conditions permit- that is, if we were not squeezed under price pressures. Nobel Medicus is a unique, peer-reviewed, impartial and free-of-charge journal in our industry. Alike Medicus, I can come up with numerous suggestions for our country’s innovation journey, but they all boil down to the same starting point: creating an innovation climate in which every corner of our country as well as the brains of every person operating in the field could act to create an incubation centre. This should be a priority for our country.

What is the vision for Nobel in the coming years and do you have a final message for our audience?

Our vision is “to provide reliable and accessible products for human health at every corner of the world”. We have strived for more than half a century for this goal, and we hope to continue in the same line for yet another 50 years and beyond.