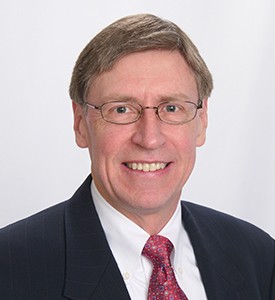 "The returnees are a major driver for innovation in China because they have been Western educated and boast many years of experience in the West that they bring back to China. The last six years have seen 2 million in total return, and we estimate that roughly 15% of those are in the life science space. We have seen the leadership of companies completely change from primarily being Chinese-born management to almost exclusively returnee management, which has profoundly shifted how business is being done in China."

ChinaBio Consulting has been operating in China for 11 years now, yet when you arrived in the country as an angel investor, you did not intend to build a company. How has your mandate changed and what is the key focus for ChinaBio today?

As word spread about our expertise and the knowledge that we have about China, we began to receive requests for more information. Particularly during the period when we first arrived, it was very challenging to find information on the industry — a problem that persists even today. ChinaBio has been tracking things like VC investment since 2007, and consequently we started responding to requests for consulting engagements from people interested in gaining more data about the industry. While we are still involved in the angel investment activity, the main focus of the company now is consulting and advisory services. We work with a large range of companies, from pharmaceutical and biotechs to medical device and diagnostic companies, as well as large multinationals all the way down to one-person operations.

China has long been known as a generics market, but recently there has been a buzz of innovation capturing the attention of the global marketplace. What are the key elements generating that stir?

The returnees are a major driver for innovation in China because they have been Western educated and boast many years of experience in the West that they bring back to China. Government statistics show that in the past four years, there have been over 400,000 returnees coming back to China annually. The last six years have seen 2 million in total return, and we estimate that roughly 15% of those are in the life science space. We have seen the leadership of companies completely change from primarily being Chinese-born management to almost exclusively returnee management, which has profoundly shifted how business is being done in China.

The other drivers are finance-based. The Chinese government is injecting huge amounts of capital and, from the time we arrived in 2007, investment into the life sciences has increased 10 fold from about US$10 billion to US$100 billion per year. Grants from the central government such as the Thousand Talents program, a cross industry initiative, play an important role. Hundreds of companies in the life science industry have received this funding, which can be upwards of US$1 million to be used in support of a wide scope of activities, and a lot of good things have come from this sort of opportunity. Private funding, venture capitalists and PE funds have also played a significant role in driving innovation. Last year, for example, VC and PE funds raised over US$40 billion to invest in China life sciences, a number that has doubled for three years consecutively now, putting China on par with the U.S. for VC funds last year.

Specifically in the biotechnology space, why has China emerged as a leader in large molecule innovations?

China issued their biosimilar guidelines in 2015, instigating a rush to develop biosimilars because the country saw this as a way to leverage their key capabilities. When the guidelines were published and people started examining them more closely and trying to execute against them, they learned that the process is actually different than in the West. You do not just have to prove bioequivalency, you basically have to get a new drug approved, meaning it's not much if any easier to get a biosimiar approved in China than it is to get a new drug approved. Consequently, many of these biosimilar companies shifted focus pretty rapidly by adding a lot of novel drug development to their activities. Innovent in Suzhou, for example, has started in-licensing several novel candidates and developing those. They did a billion dollar deal through two separate transactions and licensed nine of their assets to Lilly, and if a company is willing to pay a billion dollars for assets, there must be interesting and valuable innovations happening here in China.

From a policy perspective, what key efforts have you observed as the most impactful on behalf of the government to assist the industry in competing with other global pharmaceutical jurisdictions?

The government is trying to elevate their policies and procedures to be comparable with the U.S. and Europe. For example, tacit IND approval now occurs in 60 days where before it was explicit approval that took as long as two years. Most companies would not do parallel trials in China because it slowed them down and kept them off Western markets, meaning China was getting drugs as much as 10 years behind the rest of the world. By changing their approval times to be comparable to the rest of the world, we are seeing a significant trend towards international companies doing trials in the same time as China as elsewhere. It is a great improvement for everybody: the Chinese population gets more advanced drugs more quickly; multinational players are able to bring things to market more quickly and do not have to do things twice and separately; CROs can now run clinical trials here in China to international standards. It is even good for local domestic companies because now they can do trials in China to western standards and get their drugs approved more quickly for Western markets.

What have you observed as some of the most impactful measures put in place by the government to encourage industry consolidation?

Two years ago, a policy was introduced that required any company wishing to submit drugs for approval to conduct a self-review, and if their data was not adequate, they had to either withdraw their application or the CFDA would penalize them by not allowing them to do another submission for three years. As a result, 60-80% of the trials were withdrawn. Manufacturing standards were raised at the same time, and we saw many companies close their doors or be aquired by other Chinese companies. This created a much more high-quality environment in China overall.

To what extent do you believe Shanghai has emerged as a defined pharmaceutical ecosystem in China?

There are several life sciences or industrial parks that have appeared, and these can provide a lot of support. In the U.S., the clusters are essentially organic, springing up around universities, large pharma companies, and the spin-outs that emerge from those operations. In Shanghai, Zhangjiang Hi-Tech Park materialized as a product of brute force through a lot of money, people and property that had been farmland in 1992. The Research Triangle Park in the US did this to a degree, but it took time. There are well over 600 life sciences companies here in Zhangjiang, it has tripled in size from 25 square km to 75 square km, and it continues to expand. This is the kind of thing the China government can do.

What do you perceive as the most critical issues that need to be addressed in order for China to recognize its full potential as a leader in the global pharmaceuticals market, and what role will ChinaBio play in this future?

The primary issue is not China's capability; over time that's going to develop without question. The key issue is that a lot of the Western companies still do not quite understand the country.  We still occasionally hear concerns about IP protection in China. However, all the big pharma players are developing IP in China and it is not an issue. To companies that have not been here it can be a bit scary. My first recommendation to people is to come to China to understand how far the country has come and to become more comfortable with the environment. The other thing we tell companies is not to come here unless you have guidance or enough resources. It is better to come with a partner that can help you with the hurdles you may encounter because things are done differently here, and there are still many communication and cultural issues. Having someone to help you through this process is very important, and this is where ChinaBio functions as a bridge.